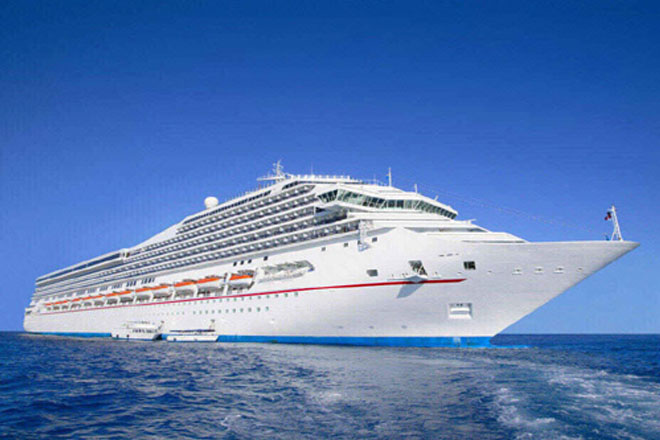 (Antigua Observer) The U.S. Coast Guard on Saturday, suspended its search for a passenger who fell off the Royal Caribbean cruise ship Oasis of the Seas.

According to cruise ship workers, early Friday Bernardo Albaz, 25, jumped from the seventh deck of the vessel onto a life raft and then fell into the water.

The ship was about 17 miles east of the Turks and Caicos and 80 miles away from The Bahamas when Albaz fell.

During a news conference on Saturday, Attorney Michael Winkleman who represented the Albaz family said there was a misunderstanding as to what led to the tragedy.

“Royal Caribbean says this was a domestic dispute and a suicide. It was anything but that,” Winkleman said.

It’s alleged that Albaz, a Brazilian, was taunted by Royal Caribbean crew members at a bar on the ship late Thursday night. Winkleman said they were teasing Albaz because he was gay.

“There was a big altercation at the Solarium Bar on the Oasis. As a result went back to his room and was furious.”

Shortly after, according to Winkleman, ship employees arrived to the room.

“Royal Caribbean security comes on the scene and as a result of an altercation in his cabin, ends up somehow falling off the balcony and onto the lifeboat area where the metal is,” Winkleman said.

Royal Caribbean had claimed that Albaz intentionally jumped off the ship and a video showed him clinging to a lifeboat for about a minute before falling into the sea.

An investigation by the Broward Sheriff’s Office is now underway, as Albaz’s family contemplates legal action against the cruise line.

Albaz and his husband Eric were on board the Royal Caribbean ship to celebrate Eric’s birthday.