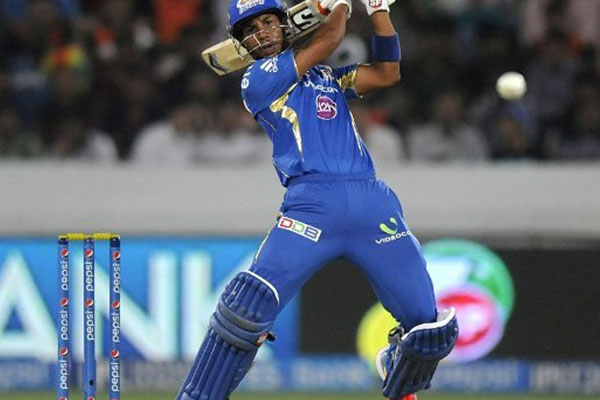 Lendl Simmons*, the West Indies batsman, has been left looking for a new bat after a brush with overzealous customs officials in the USA.

Simmons was travelling through the country between games for Guyana Amazon Warriors in the Caribbean Premier League when his bat attracted the interest of customs officials. In a sure sign that cricket remains a mysterious and largely unknown sport in the USA, the officials feared that the bat could be used to transport illegal drugs so drilled several holes into it to enable closer inspection.

Initially it was thought that it was New Zealand and Amazon Warriors allrounder Jimmy Neesham’s bat that was under scrutiny after he tweeted a picture of the ruined bat, saying: “Imagine if your cricket gear went through America and they drilled holes in your bat to look for drugs…”

Neesham later clarified that it was Simmons’ bat. “Just to clarify again, the bat belongs to Lendl Simmons. Pretty happy I managed to dodge that bullet!”