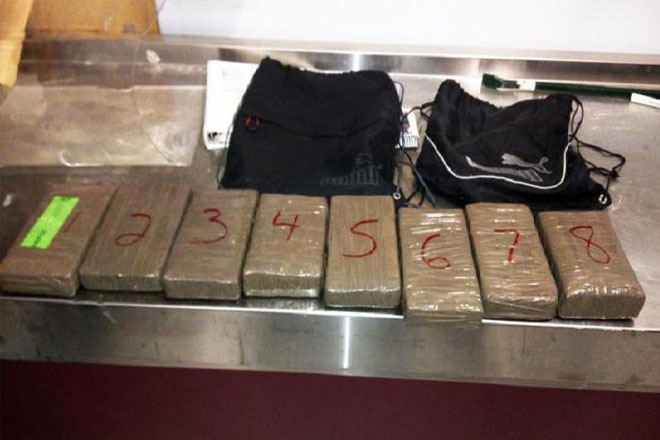 (Caribbean360) U.S. Customs and Border Protection (CBP) officers seized US$600,000 worth of cocaine that was on a flight that arrived at the Philadelphia International Airport from Montego Bay, Jamaica over the weekend.

Officers made no arrests in the Saturday evening bust, and investigations are continuing.

Philadelphia CBP officers found the drugs hidden behind an access panel in the cargo hold of the plane, while conducting a cabin sweep and a cargo hold inspection.

“Narcotics interdiction remains a CBP enforcement priority, and a mission that we take very seriously. We are pleased that these dangerous drugs will not reach our city’s streets,” said Susan Stranieri, CBP Port Director for the Area Port of Philadelphia. “CBP remains vigilant at our nation’s borders, and we’ll continue to do our part to help keep our communities safe.”

On a typical day, CBP seizes 10,327 pounds of drugs at and between the US’ 328 ports of entry. In addition to narcotics enforcement, CBP routinely conducts inspection operations on arriving and departing international flights and intercepts unreported currency, weapons, prohibited agriculture products, and other illicit items.