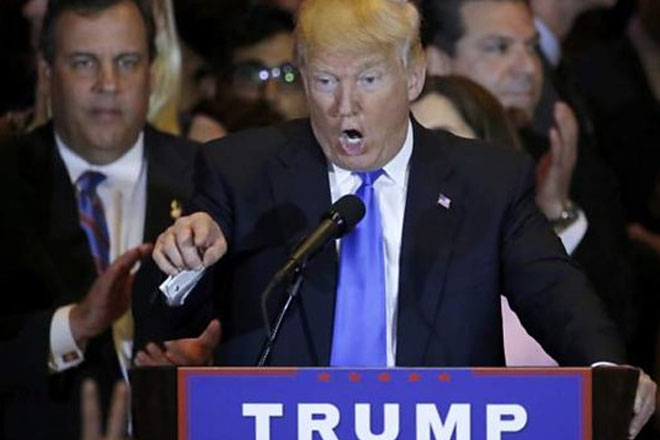 Donald Trump has won presidential primaries in all five US states that voted on Tuesday, while Hillary Clinton triumphed in four out of five.