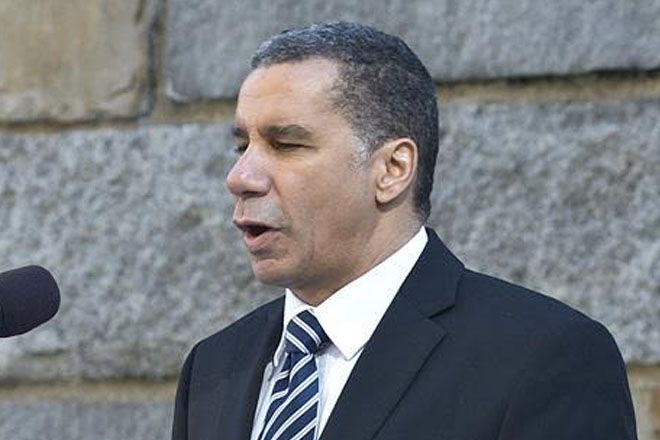 Port of Spain, Trinidad — The United States Embassy in Trinidad on Sunday distanced itself and the US government from remarks made a political rally in Port of Spain on Saturday on behalf of the opposition People’s National Movement’s (PNM) by former New York governor David Paterson and former US congressman Edolphus Towns.

In addition to endorsing opposition leader Dr Keith Rowley to become the next prime minister of Trinidad and Tobago, Paterson, who appeared as one of the guest speakers at the event, was critical of current Prime Minister Kamla Persad-Bissessar, describing her government as “dishonest”.

A release, issued by the Public Affairs Section of the embassy in Port-of-Spain, on Sunday, said the US government, and the embassies that represent it abroad “do not endorse candidates or parties in foreign elections.”

“US citizens are free to express their opinions in any forum, whether in the US or abroad,” it stated, adding that “opinions expressed by US citizens who are former office-holders, either on the federal or state level, should not be seen as reflecting the policy or views of the US government.”

Deputy political leader of the United National Congress (UNC), housing and urban development minister Dr Roodal Moonilal said Patterson and Towns were “out of place to come on T&T soil and bad mouth our prime minister.”

Moonilal continued: “They both have serious corruption and misconduct issues around their heads,” adding that “in America they are unelectable and now they come to support the undesirable.”

Paterson’s remarks were also condemned by former head of the public service Reginald Dumas, who said it was a clear interference in the internal political affairs of a sovereign nation.

Dumas said that was “not acceptable,” adding that he was stunned by the “highly improper” comments.

He noted that Paterson was the chairman of the Democratic Party in New York and consequently a senior party official.

“It was astounding that the PNM should have invited him to come to this country and make such a statement, which was a clear intervention in the affairs of T&T. It was reprehensible and I reject it totally,” he added.

Former PNM foreign affairs minister Ralph Maraj said he was “not happy that the former (US) governor came to our country and got involved in our political affairs in that way.”

It was not right for the former governor to speak in “such a derogatory manner about our prime minister and I am not being partisan,” he commented.