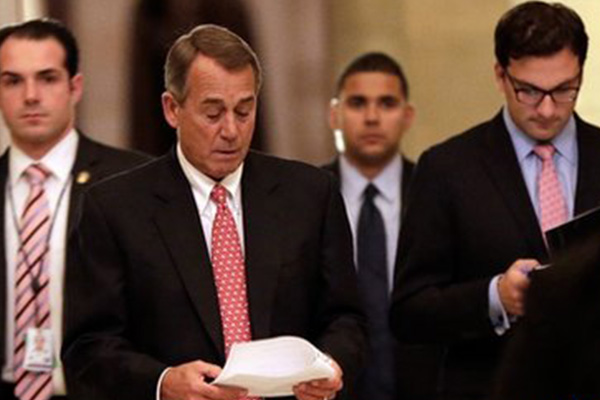 (BBC)—The US House of Representatives has approved a two-year federal budget bill in a strong showing of cross-party support, further avoiding the spectre of another government shutdown.

The measure, written by the Republican and Democratic heads of the House and Senate budget committees respectively, was approved by a 332-94 vote.

The budget proposal next goes to the Democrat-led Senate for approval.

US President Barack Obama has already publicly endorsed the bill.

The deal, reached on Tuesday and aiming to reduce the federal deficit by up to $23bn (£14bn), was met with overwhelming cross-party approval in the Republican-led House despite initial attacks from conservative activists.