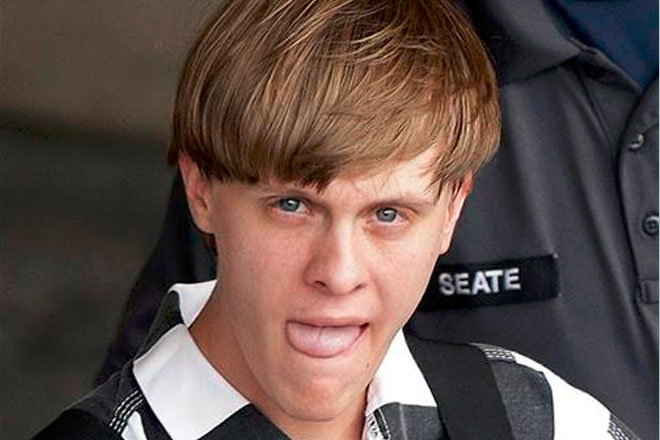 Washington, United States (AP) — The man accused of killing nine black church members last month in Charleston, South Carolina, was indicted Wednesday on 33 federal counts, including hate crimes, firearms violations and obstructing the practice of religion, which could include the death penalty.

Prosecutors have not said whether they will seek the death penalty against Roof.

Roof “decided to seek out and murder African-Americans because of their race”, Lynch said. Because South Carolina has no state hate-crimes law, the federal charge was needed to adequately address the shooter’s motive, she said.

Roof, who is white, appeared in photos waving Confederate flags and burning or desecrating US flags, and purportedly wrote of fomenting racial violence. Survivors told police that he used racial insults during the attack.

Lynch said the church had welcomed Roof into its Bible-study group. “The parishioners had Bibles. Dylann Roof had his .45-calibre Glock pistol, and eight magazines loaded with hollow-point bullets.”

Hate crime cases are often challenging for the Government because it must prove that a defendant was primarily motivated by a victim’s race or religion as opposed to other factors frequently invoked by defence attorneys, such as drug addiction or mental illness.

Last year, a federal appeals court in Ohio overturned hate-crime convictions against Amish men and women accused in beard- and hair-cutting attacks against fellow Amish who were thought to have defied the community leader.

The court held that the jury had received incorrect instructions about how to weigh the role of religion in the attacks and that prosecutors should have had to prove that the assaults wouldn’t have happened but for religious motives.