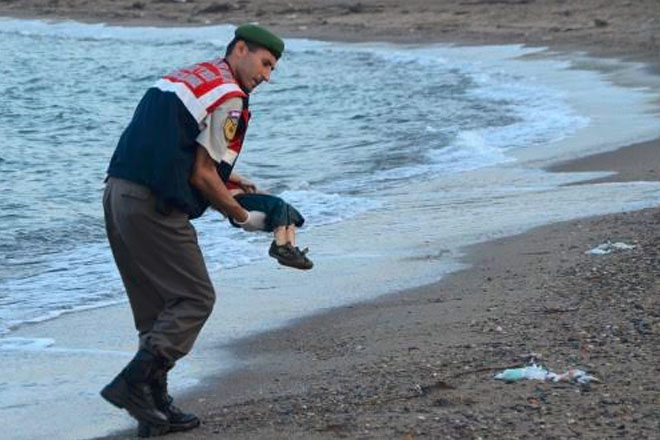 US under pressure to accept more Syrian refugees

Washington, United States (AFP) — As the world watches drowned refugees wash up on Europe’s beaches, the United States is also under pressure to do more to help the desperate victims of Syria’s civil war.

Since fighting erupted in 2011 the UN High Commissioner for Refugees has recommended 17,000 Syrians for resettlement in the United States. By the end of this month, it will have accepted around 1,800.

Traditionally, the United States has led the world in accepting and resettling large numbers of those fleeing persecution, but refugee advocates warn it has fallen behind on Syria.

Washington has promised to do more if it can, but Syrian refugees — even those screened and approved by the UNHCR in crowded camps — are subject to stringent, and lengthy, US security checks.

Larry Yungk, senior resettlement officer with UNHCR, said the United States was working hard to interview and process Syrian refugees but the resettlement process is not fast.

“Waiting for months or years for resettlement is difficult for refugees, especially families living in difficult and often dangerous conditions.”

David Miliband, president of the International Rescue Committee, also paid tribute to the outsize role the world’s biggest economy usually plays, but pointed to a problem.

“There was a record last year of 20 million refugees around the world. Those who are resettled in richer countries are around 150,000 or so. The US takes around 70,000,” he told MSNBC, in an interview.

“But the record from Syria, I’m afraid does not amount to leadership. The United States since the Syria conflict began has taken 1,234 refugees, so more or less 250 a year.”