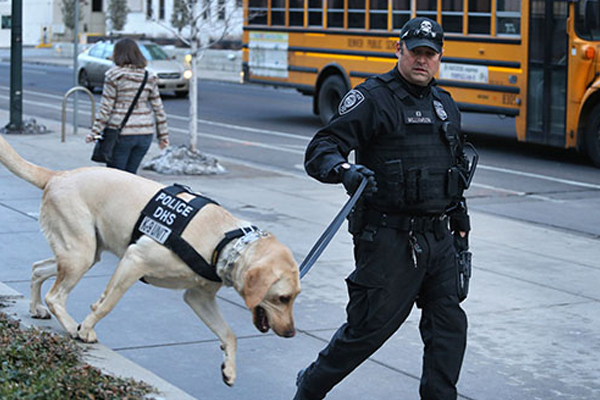 US woman who tried to help terrorists receives 4 years

Denver, United States (AP) — A 19-year-old woman who tried to go to Syria to help Islamic State militants has been sentenced to four years in prison.

Shannon Conley learned her punishment in Denver federal court on Friday as her parents watched.

Wearing a black and tan headscarf with her jail uniform, she tearfully told the judge that she has disavowed jihad and that the people who influenced her misconstrued the Quran.

Conley pleaded guilty to one count of conspiracy to provide material support to a foreign terrorist organization in September under a deal that requires her to divulge information she may have about other Americans with similar intentions.

FBI agents say Conley wanted to marry a suitor she met online who told her he was fighting with the extremists. She repeatedly told them she wanted to fight alongside him or use her skills as a nurse’s aide to help.

Judge Raymond Moore said the sentence was meant to deter others with similar intentions. Earlier in the hearing he expressed doubt that Conley had disavowed jihad, pointing to a letter she wrote to a friend from jail in which she ridiculed other inmates for denouncing terrorism.

He also said Conley has a history of defiance that has played out in the case and that she needs mental help.

“Defiance has been a part of her fabric for a long time. She has been defiant before this,” the judge said. “This is not the exceptional act. This is Shannon being defiant yet again.”

Conley could have faced up to five years in federal prison after pleading guilty to trying to help Islamic State militants, but her sentence depended at least in part on how helpful she was to authorities still investigating her case and others like it.

Authorities became aware of Conley’s growing interest in extremism in November 2013 after she started talking about terrorism with employees of a suburban Denver church. They had seen her wandering around and taking notes on the layout of the campus, according to court documents.

FBI agents met repeatedly with Conley starting in late 2013 hoping to dissuade her from leaving, suggesting she pursue humanitarian work instead. But she told them she was intent on waging jihad in the Middle East, even though she knew it was illegal, according to court documents. She believed it was her only answer to correcting what she saw as wrongs perpetrated against the Muslim world.