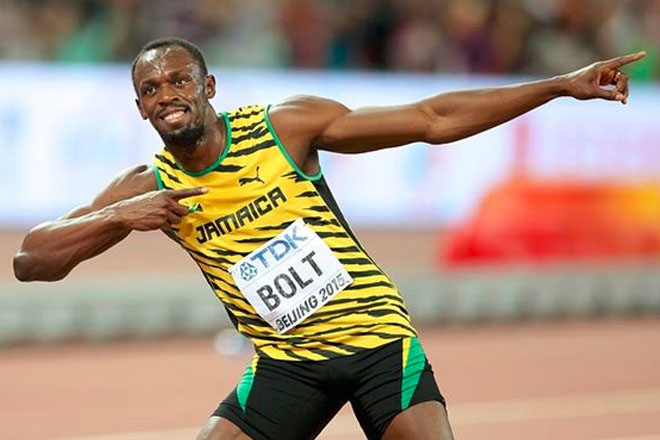 When Usain Bolt crossed the line 0.01 seconds ahead of his twice-banned American rival Justin Gatlin to retain his world 100m title, it wasn’t just yet another victory over the doubters. For those who had painted this battle as a nothing less than clash of good against evil in light of the doping issues that have left this sport on life support, Bolt’s victory in the Bird’s Nest stadium, where he made his name, may have even secured its future.

He’s saved his title, he’s saved his reputation – he may have even saved his sport,” enthused BBC commentator and former world champion Steve Cram as Bolt crossed the line in 9.79 seconds, fractionally ahead of the seemingly unassailable Gatlin.

At 33, the American sprinter was unbeaten in 29 races and had recorded the fastest times in the world this year. Gatlin had sailed through his semi-final with ease, while Bolt, who has carried athletics on his shoulders for seven years but has struggled for form this season, looked uncharacteristically nervous as he crept through. Yet by the end, Bolt was striking his familiar poses and cavorting on the track in the manner to which his fans have become accustomed.

“One can overdramatize these things. But if you felt the impact in the stadium, you’ll understand just how much every athletics fan really wanted Bolt to win,” said Ed Warner, chairman of UK Athletics, which is currently conducting a review of strenuously denied doping allegations leveled at long distance runner Mo Farah’s coach, Alberto Salazar.

The depth of the sport’s credibility issues were highlighted by the fact that four of the nine athletes in the sprint final had served bans for doping. As well as the Gatlin, who has become the bogeyman for those who believe the sport has been soft on cheats, his American team-mates, Tyson Gay and Mike Rodgers have also served suspensions. And there was consternation when Asafa Powell, Bolt’s Jamaican team-mate, was named captain of the national squad, given his own doping ban last year.

To many, Gatlin, running faster than ever a decade after he won Olympic gold, remains in denial. His first ban in 2002 was reduced when he proved that the amphetamines found in his system were from medication he had been taking to treat attention deficit disorder. His second, an eight-year ban later halved to four, was blamed on testosterone cream rubbed into his buttocks by a masseuse with a grudge.

When Gatlin was penalized for the second time, his coach was Trevor Graham, who the sprinter Dennis Mitchell once claimed at a trial had injected him with human growth hormone. To the consternation of some former American athletes, Mitchell is now a coach to Gatlin and others on the US team