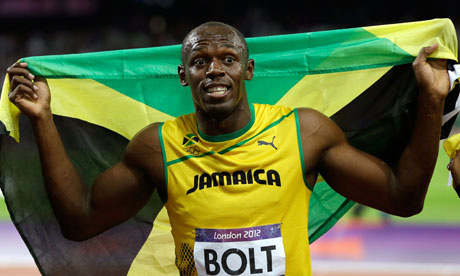 Usain Bolt of Jamaica, wants to run the 200 metres in under 19

Bolt, writing in his autobiography “Faster Than Lightning” which went on bookshelves on Tuesday, said achieving that landmark would mean having a ‘perfect’ season, similar to his exploits in 2008.

The Jamaican speedster believes achieving that feat would mean more than winning medals at the next Olympic Games.

“Forget making the next Olympics and the medals, breaking that time would be an ever bigger success. I’d love to crack it, knowing that people were sitting in their homes and losing their minds at my achievement”.

Bolt became the first man in Olympic history to win both the 100m and 200m in world record times in 2008.

He etched his name in history four years later by becoming the first man to win the sprint double at consecutive Olympic Games as well as setting three world records in a single Olympic Games.

“To reach that landmark pace, I would need to have the perfect season, like the one I had in ’08. I think next year could be my shot at it, though the window of opportunity is getting smaller with every campaign,” he said.

“The older I get, the narrower that window becomes; the harder it is for me to reach peak fitness in time for a major race”.

However, he said that given what he has done in the past, he is not ruling out rounding off his track career with another world record, noting that he is the only obstacle to his progress.

“I don’t think it’s totally out of reach in the next season or so. Seriously, who would be surprised if I did it? Who’s going to stop me from going faster?,” Bolt asked.

“The only man who can bring an end to my status as a star of track and field in the next couple of years is me, and I’m a phenomenon, a serious competitor – a legend for my generation. Believe me, my time isn’t up just yet”.