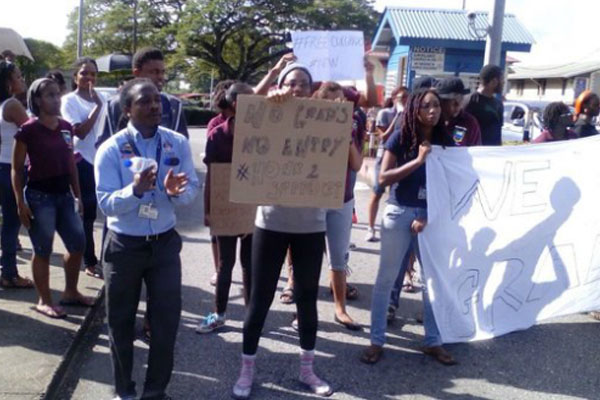 Port of Spain, Trinidad (Trinidad Express) — Students of the University of the West Indies this morning locked down the St Augustine Campus.

About 4:00 am students formed human chains at the north and south entrances, promising not to let anyone onto the compound until their grades were released.

Grades are being withheld by lecturers who are protesting the failure by the UWI to pay outstanding money.

Last July, the West Indies Group of University Teachers (WIGUT) signed an agreement for a six per cent increase in wages.

They received their new wages but failed to receive their back pay.

The protest has ended, but students have promised to resume if the issue is not resolved.