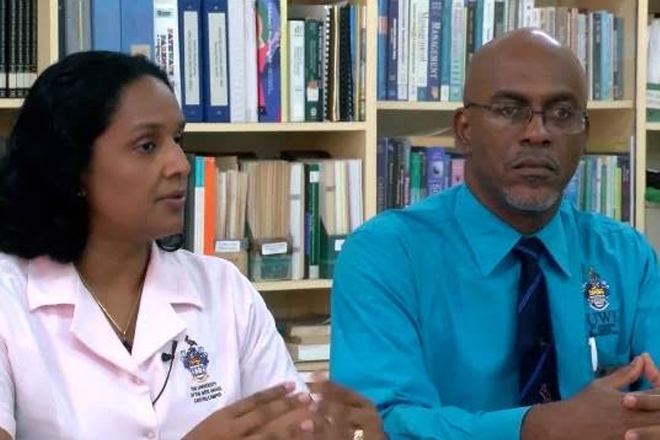 (ZIZ News) – Visiting officials from the University of the West Indies have been ensuring that prospective students understood that scholarships are readily available to them upon being recruited to UWI campuses.

ZIZ sat down with the Head of Marketing and Recruitment for UWI’s Cave Hill Campus, Janet Caroo who mentioned that the UWI institution prides itself on catering to the financial needs of its students.

She said students coming from a partnering country, like St. Kitts-Nevis, are more likely to pay less than half of the total cost, adding “as a contributing country, to the UWI, that means your economic cost is paid. So you’re really coming in having to pay only 33% of the actual cost of the degree so that’s a first off. Secondly, we have designed several scholarships around various programmes.”

She continued “For the UWI, overall we have the open scholarship and that is a particular scholarship and it’s very attractive. It covers economic tuition, housing and so on. The name speaks to exactly what it is, it’s open and it’s really open to any discipline, and anyone who is a contributing national to the institution and for any discipline that they wish to take on.”

She invited persons to think about this scholarship when they’re applying.

Caroo also stated that persons interested in sports and athletics have the opportunity of receiving scholarships based on those interests.

“At Cave Hill in particular we are focusing very heavily on sports and we see ourselves as the campus closest in proximity to the Eastern Caribbean and so there’ve been some scholarships designed specifically for OECS members,” she said.

The team had its final meet and greet with students and faculty on Friday.

The group will officially leave the federation Saturday January 30.