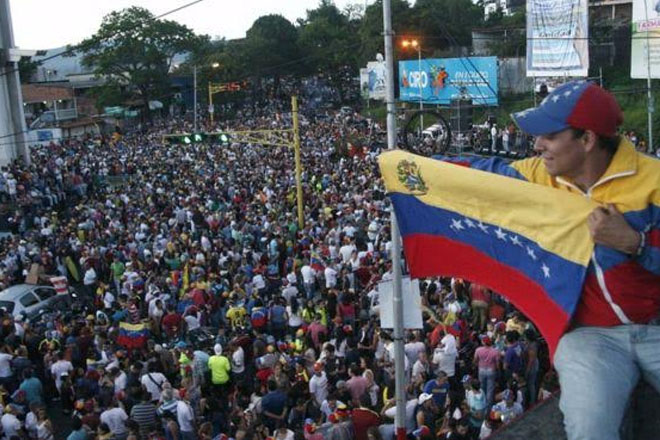 (BBC) Venezuelan electoral authorities have confirmed that the opposition has won a key two-thirds majority, enabling it to challenge President Nicolas Maduro.

The opposition said it would work to release jailed opposition leaders and address the country’s economic crisis.

Mr Maduro has announced a cabinet reshuffle but vowed to veto any amnesty law for jailed politicians.

The election result is the worst for the Socialist movement founded by late leader Hugo Chavez in 1999.

It also wants the release of one of its leaders, Leopoldo Lopez, who was given a 13-year prison sentence for inciting violence – a charge critics say was politically motivated.

But Mr Maduro said he would block any amnesty law.

“The murderers have to be prosecuted and have to pay,” he said in a televised address.

He said his Socialist Party would hold an “extraordinary congress” to find out what went wrong at the election.

The opposition meanwhile warned of looming food shortages for Venezuelans.

“We’re just a few weeks away from a very serious problem in terms of food,” he added.

The elections were widely seen as a referendum on President Maduro, the handpicked successor of Hugo Chavez, and the governing PSUV’s socialist policies.

The opposition accused Mr Maduro’s party of mismanaging the economy and of squandering the country’s oil wealth.

Venezuela has been hit hard by the continuing low price of oil, its main export. It also has the continent’s highest inflation rate.

Mr Maduro has blamed the situation on an “economic war” waged by the opposition.

The opposition also accused the government of increasing authoritarianism.

The election result also gives stronger momentum to the opposition should it wish to call a referendum on Mr Maduro’s future. This could take place only when his presidency reaches its halfway point in April next year.

However, some prominent opposition figures want to give Mr Maduro the opportunity to change policies they blame for the country’s economic crisis.

“If Maduro doesn’t change we’ll have to change the government. But the opposition’s response to the economic crisis right now can’t be more politics,” Henrique Capriles – who lost to Mr Maduro in the 2013 presidential elections – told AP.

The next presidential election is due in April 2019.