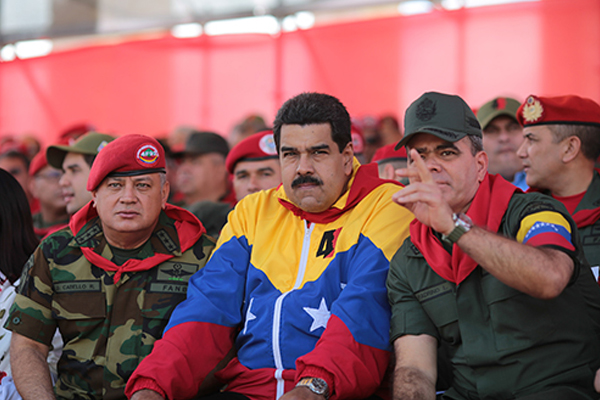 Caracas, Venezuela (AFP) — Venezuelan President Nicolas Maduro on Friday ordered the government takeover of a private supermarket chain, accusing the company of food hoarding amid huge lines and shortages in the crisis-hit country.

Maduro did not say whether the move amounted to an expropriation, but he said the government’s PDVAL food distribution agency would take over “all service of this chain that was waging war against the population.”

He did not name the company, but it is widely assumed that he was referring to Dia a Dia. Maduro, who spoke on state television, did not say if the measure would be permanent.

It was the leftist leader’s latest attempt to control what he has dubbed an “economic war” waged by the private sector and the opposition to destabilize the recession-hit country.

He has accused companies of hoarding goods to keep “the population irritated, suffering” in order to fuel discontent against the government.

Maduro deployed soldiers and state workers to Dia a Dia shops on Tuesday to supervise the sale of products. A similar intervention was made at the Farmatodo drugstore chain.

Dia a Dia’s director, Manuel Morales, was jailed Friday and accused of “boycott and destabilization” of the economy. Two Farmatodo executives were detained this week.

Shortages of food and medicine have worsened in Venezuela this year, causing longer lines than usual.

Maduro was elected by a razor-thin margin in April 2013, succeeding his late mentor Hugo Chavez, who died a month earlier after 14 years in power.

During his presidency, Chavez expropriated national and foreign companies in various sectors of the economy, which the opposition blames for a drop in private investments in the country.

A wave of anti-government protests rocked the country early last year but Maduro weathered the storm.