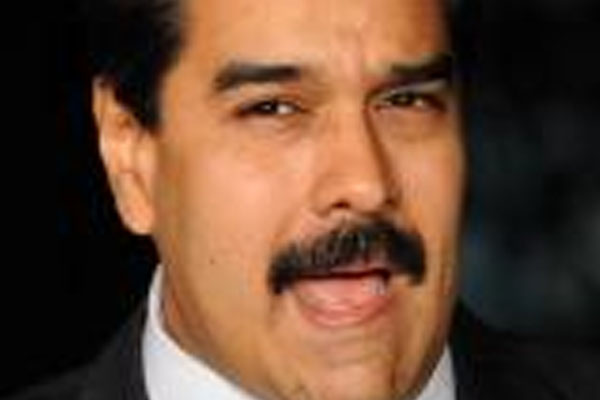 Caracas, Venezuela — Venezuelan President Nicolás Maduro announced plans on Friday to cut public spending as the price of oil continued to fall after the Organisation of Petroleum Exporting Countries (OPEC) decided on Thursday not to cut production in order to boost prices.

The price of Venezuelan oil, source of 96% of Venezuela’s foreign-exchange earnings, has dropped from $99 a barrel since June, closing at $68.08 a barrel last week, the lowest in more than four years. The country’s economy is in a deep recession and inflation is headed for triple-digit rates. Basic staples like flour and cooking oil are in short supply.

In a televised address, Maduro, whose approval rating has declined along with the price of oil and now stands at just 30 percent, said he would create a committee to formulate a proposal for a “substantial reduction” in spending, beginning by revising pay for heads of government ministries and state-run companies, a move he said would set an example. However, he didn’t offer specific figures for how much he was looking to reduce spending.

“I don’t take this blow from the drop in oil prices badly,” Maduro said. “I take it as an opportunity to end superfluous, luxury, unnecessary spending.”

There will, however, be no cuts in social programmes, he promised.

Prices of Venezuela’s bonds, which are the highest-yielding in the developing world because of the perceived risk, continued to drop on Friday on concerns that the country’s economic woes and the continuing oil price decline could lead to a default. Venezuelan officials, however, insist that the country has the resources to honour its obligations.

On Thursday, Venezuela failed to convince fellow OPEC members to take measures to prop up oil prices at the group’s summit in Vienna; however, Maduro said his government will continue pushing for $100 a barrel, which he says is fair price.

It is not entirely clear, nevertheless, to what extent a price increase would help Venezuela if, at the same time, production is cut commensurately and it has less oil to sell albeit at a higher price.