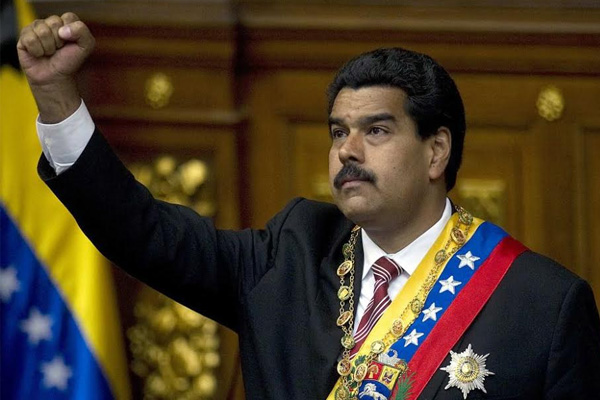 Spokesperson, prominent psychic Yesenia Gonsalves, said the group met outside Queen’s Hall on Tuesday morning and marched to President’s House at noon where Maduro was expected to have a meeting with President Anthony Carmona.

Gonsalves in a telephone interview with the Express before the protest said: “There is a big crisis in Venezuela right now. There is a lot of violence. People are not getting the basics like food and medication. Children with cancer are dying the hospital because there is no medication. Everything they want they have to line up in very long lines for one item alone. He does not have good policies and we want him to resign.”

“He is not helping the country; the country is going down every day. People are not safe in Venezuela, they are scared to go out and be free. You cannot speak anything against his policies because they threaten to jail you. He is not democratic he is a dictator. We are tired. Want to him to resign. We consider him to be a criminal and we want him out,” said Gonsalves.

Last February a group of Venezuelans also protested outside the Venezuelan Embassy in Port of Spain, calling for peace in Venezuela following the deaths of persons in violent protest action against Maduro and his government.

Thousands had taken to the streets in Venezuela, demonstrating over the scarcity of basic goods and alleged human-rights violations, as well as high levels of criminal violence.