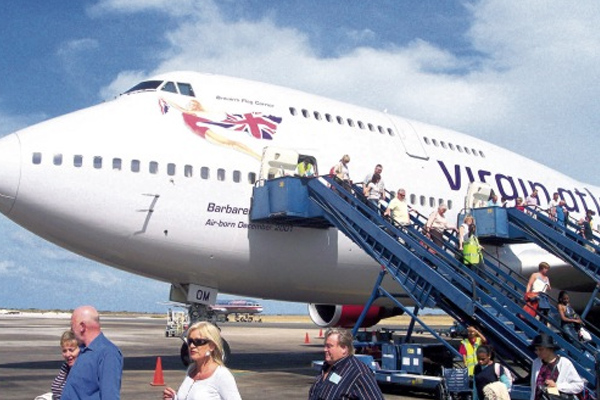 BRIDGETOWN, Barbados (CMC) – – At least 14 Virgin Airline employees based in the Caribbean will soon lose their jobs.

The airline said Thursday that the job losses will be as a result of consolidation of its Caribbean operations into its North American head office.

Virgin’s Caribbean office is based in Barbados.

“We anticipate 14 job roles to go from the region, with a further seven at risk. We are working closely with the team through the consultation period, and will look to retain people within Virgin Atlantic if possible. We will be offering support and training during this difficult time,” Virgin said in a media statement.

Confirmation of exactly which workers will be laid off is expected to come in approximately six weeks and the actual departure date of affected employees will depend on their notice period.

“After a thorough review of functional requirements in the Caribbean, we have established areas where we believe it will be beneficial to have a single functional specialist team rather than duplications based in both North America and Barbados… We identified that the United States operation was better placed to absorb the requirements of a single North America region,” Virgin stated.

The British company assured that the consolidation did not mean it is leaving the region.

“We are still committed to having a presence in the region and keeping the Barbados sales and ticketing office open.”