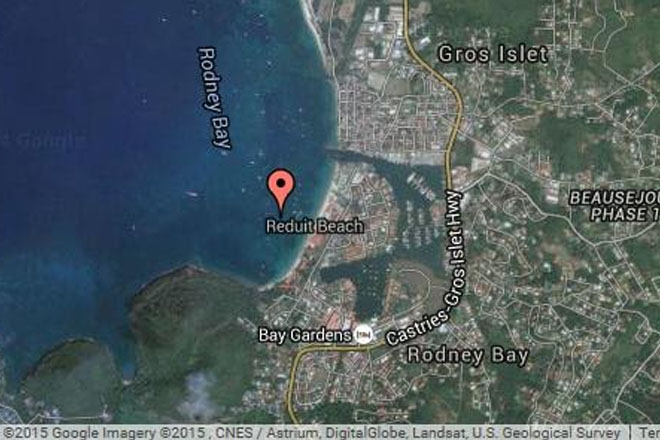 Rodney Bay, St Lucia — In an apparent attempt to rob a visiting vessel in May, a swimmer tripped over and woke the skipper who was sleeping in the cockpit of a boat anchored near shore at Reduit Beach in Saint Lucia,Caribbean Safety and Security Net (CSSN) reported.

The robber proceeded to attack the skipper with a knife; the skipper received 20 stab wounds, 17 of which required stitches, before the skipper was able to throw the attacker overboard. A second person onboard was awakened by the activity and assisted in summoning help and transporting the victim to police who were waiting ashore and then transported the victim to the local hospital for treatment.

The skipper was hospitalized for six days. A police report was made, but no arrests followed.

Meanwhile, earlier this month in Bequia, St Vincent and the Grenadines, the crew and a dog on board a visiting vessel were awakened at 4:30 am by strange, sloshing sounds. Two men in a local (later learned to be stolen) double bow skiff were discovered at the stern step of the catamaran. Lights and yelling caused the men to paddle away after making excuses about “being fishermen”, etc.

The next day, the catamaran owner made a report on the local VHF net and went ashore, where the skiff and its true owner were discovered. The owner indicated he planned to lock the skiff up in the future.

A police report was attempted, but yacht owners were advised since they had not been boarded and nothing was taken, no report could be made. The skiff owner did make a police report.

The local Coast Guard patrol boat was back in operation the following night and made several passes through the anchorage.