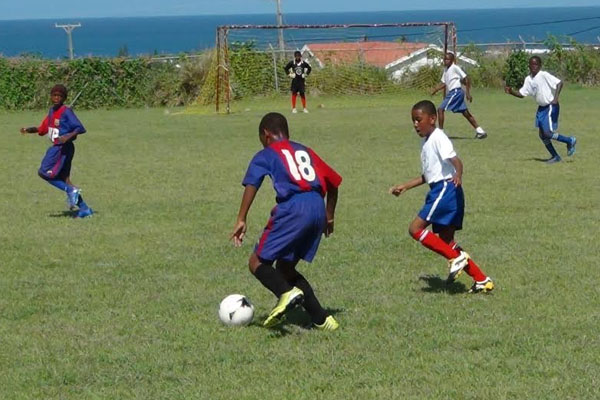 VOJN and IWPS draw in thriller

Sports Page — It was as hard fought a contest as there ever could be.

The little stars seemed eager to be on the field after a few days break due to Tropical storm Gonzalo and other issues.

The support crew for both teams also seemed evenly matched and they shouted for every and anything that looked like it would build up to be a goal.

There were many groans of disappointment as one of the VOJN strikers got a break and probably released the ball too soon and although the goal keeper was left flat footed, the ball screamed across the face of the open goal…much to the chagrin of the supporters.

The Ivor Walters team however, struck the back of the net, moments before the half time whistle, as a low flat kick, found the far left corner of the net. The team and supporters celebrated in style.

The second half was equally as intense and there were a few more missed chances. However, much to the delight of Coach SKIDDER and the entire school support crew, the VOJN team got a break and converted.

The final minutes of the game were tense as both teams fought hard to go ahead.

However, when Referee Kel Williams blew the final whistle, it was a 1 to 1 result.

Both teams had acquitted themselves well and maybe it was the fairest result possible.

The goal scorer for the IWPS was Jahmari Bartlette and for the VOJN home team, their hero was Shaheen Roberts.

The action is set to continue at 1.30 pm today.