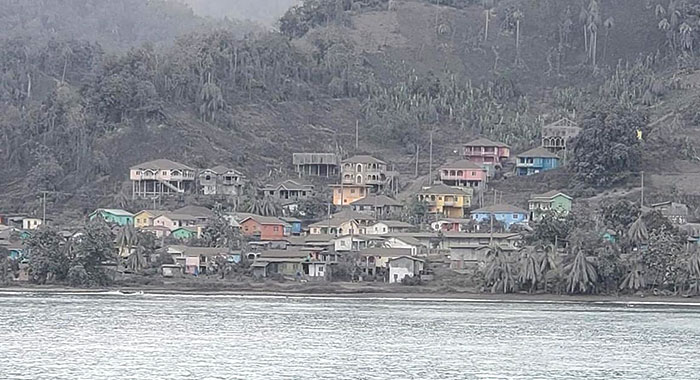 The loss and damage caused by last month’s explosive eruption of La Soufriere could amount to 50% of the gross domestic product, Minister of Finance Camillo Gonsalves has told Parliament.

“Even preliminary, incomplete assessments of the damage and the loss that we face are sobering estimates,” he said on Tuesday as he presented an EC$117.9 million supplementary budget in response to the eruption.

“Even without going to the full extent of the Red Zone, the Orange Zone and up the mountains, we know that clean-up costs will exceed $30 million.

The minister said that hundreds of livestock, including sheep, goats, pigs, cattle and thousands of chickens have been lost.

“We know that there’s damage to our public utility infrastructure — water, electricity generation and distribution capacity.

“And all of this preliminary data, sobering as it is, excludes large swaths in the Red and Orange zone that were inaccessible at the time of the assessment,” he said, adding that the assessments were done before the torrential rains that sent flooding and lahars down hillsides and cause even more damage to the infrastructure, lives and livelihoods.

“And while we hope that the volcano has completed the explosive phase of its eruptions, the scientists have not given us any such iron-clad assurance,” Gonsalves said.

“And when the assessments are complete, it is entirely possible, indeed likely, that loss and damage could well approach 50% of the gross domestic product of St. Vincent and the Grenadines.”