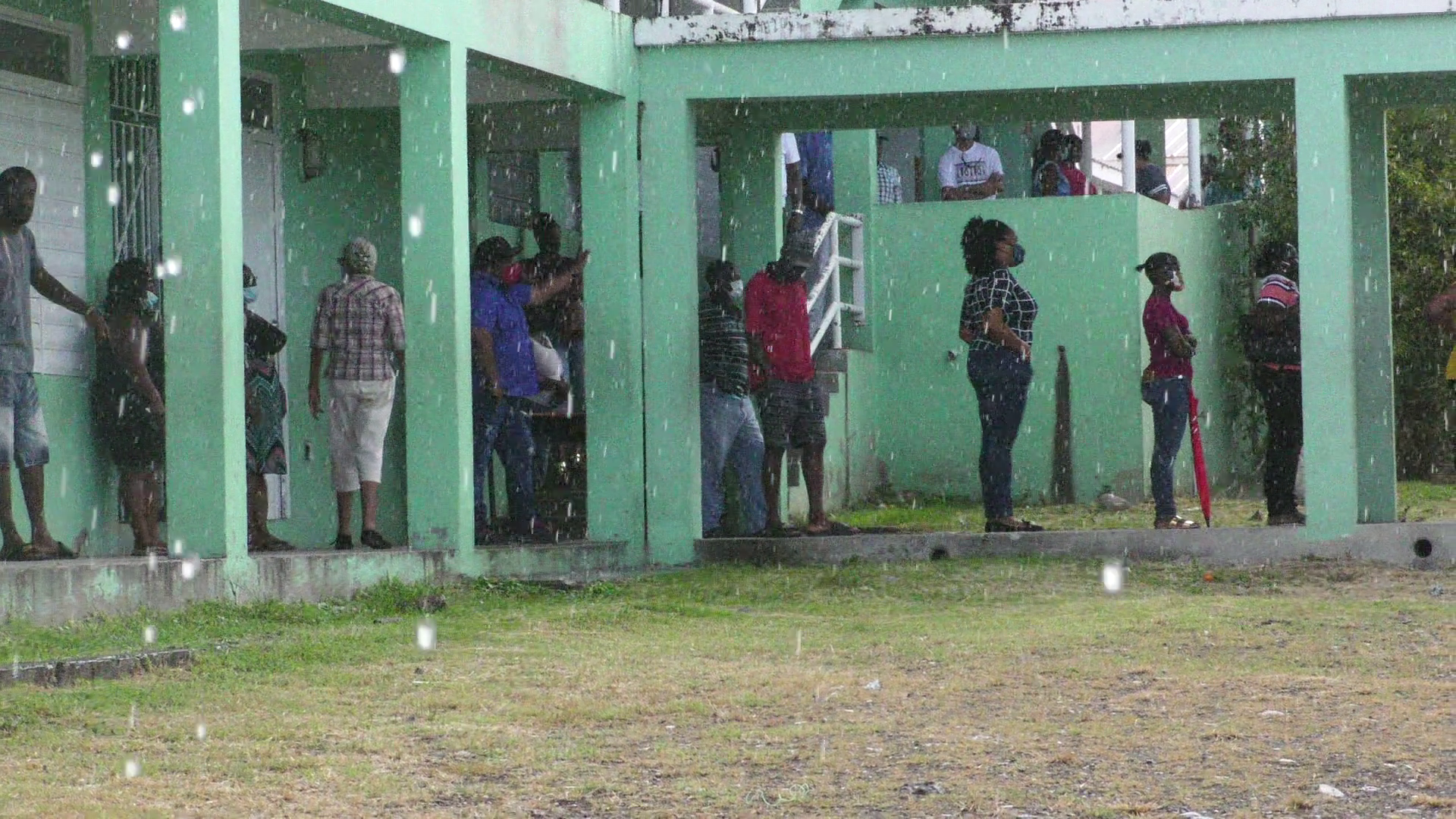 Basseterre, St. Kitts, June 5, 2020 (ZIZ News):Voters in Nevis were out in droves on Friday to determine the three candidates who will be a part of the federal government.

Through rain and shine voters on Nevis turned out to cast their ballots in all three constituencies.

Candidates from the Concerned Citizen’s Movement, one third of the Team Unity coalition, and the Nevis Reformation Party are vying for seats.

Like on St. Kitts the polls opened at 7 am and persons lined up at schools, churches, community centres and other buildings to cast their votes.

Leader of the CCM Mark Brantley said from what he has seen voting has been peaceful and going smoothly and the turnout was reasonable.

“Well the turnout, as I said, was reasonable considering the circumstances” he said. “We know that the overseas voters aren’t here so we expect that the turnout will be lower than normal but I think it has been steady and fairly good, based and what we are seeing thus far.”

ZIZ News caught up with Dr. Kelvin Daly NRP candidate for Nevis #9, who is running for the first time.

He said he’s very grateful for the support he has gotten.

“I’ve been endorsed by the former premier of Nevis, Mr. J.W. Parry and some other persons from the Guyanese community and the Spanish community, the youth, all those persons that really made this journey worthwhile, they have really been steadfast and committed to the cause because we do believe that this is a cause that is worth fighting for. We believe Nevis is worth fighting for,” he said.

With overseas voters absent this election the topic of turnout was on the lips of many of the candidates.

And as the day wound down both parties were confident of victory.

NGO Coalition Final Report Notes That St. Kitts-nevis Had A Free And Fair Election In…