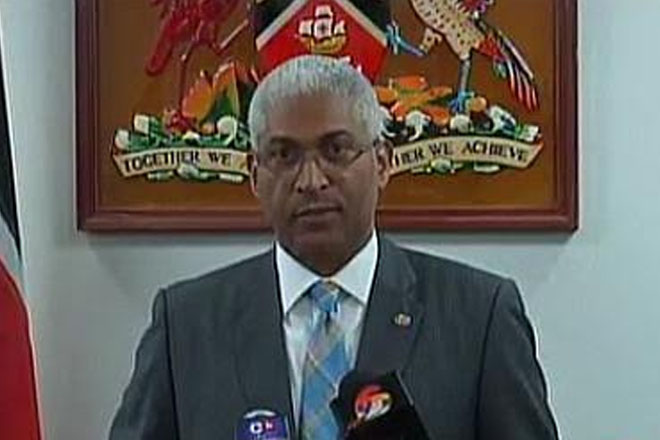 Warner extradition papers arrive in Trinidad from US

“I have this evening received a formal request for the extradition of Mr Jack Warner, with the supporting extradition package. The process is now for me to examine the documentation and consider the evidence and decide whether to issue the authority to proceed,” Nicholas said.

He emphasised that the matter has “absolutely nothing to do with politics”.

“This is an extradition request by the United States government,” he stressed.

Warner was indicted in the US on May 27 on multiple counts of racketeering, corruption and money laundering.

The formal extradition request or “record of case” arrived in Port of Spain on Wednesday, just five days before the July 27 deadline specified by the extradition treaty between Trinidad and Tobago and the US, when Warner is due to reappear in court in Trinidad.

Warner’s successor as FIFA vice president and president of the Confederation of North, Central American and Caribbean Association Football (CONCACAF), Caymanian Jeffrey Webb, who faces similar charges, appeared in a New York court on Saturday afternoon and pleaded not guilty, after agreeing to be extradited from Switzerland, where he had been held in custody following his arrest on 27 May with six other officials in connection with a probe into football corruption spanning more than 20 years and involving $150 million.

The charges against Warner include the receipt of a US$10 million bribe from South Africa in connection with the award of the 2010 World Cup, a sizeable part of which was reportedly laundered by means of black market currency transactions in Trinidad facilitated by a large supermarket chain owned by a director of regional media conglomerate ONE Caribbean Media, publishers of the Trinidad Express newspaper.

Warner is also accused of diverting for his personal use US$750,000 of FIFA funds donated to help earthquake victims in Haiti in the immediate aftermath of the 2010 earthquake in that impoverished Caribbean country.