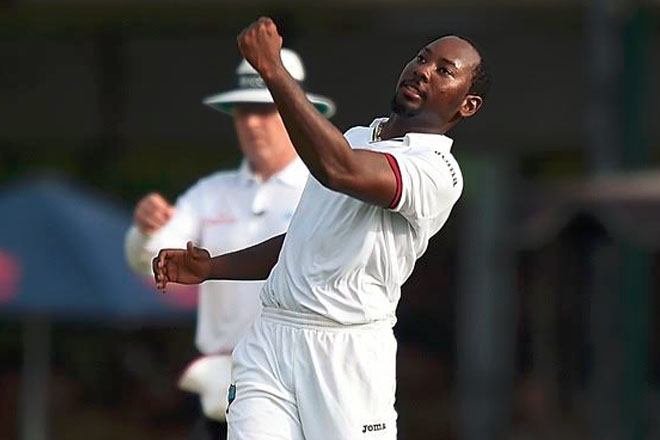 The 23-year-old, playing in his second test, dismissed skipper Steve Smith and opener David Warner TO leave the home side on 121 for 3 at the lunch break.

However, Adam Voges, on 174 not out, and Shaun Marsh on 139 not out teamed up for an unbroken fourth-wicket partnership of 317 as the Aussies closed on 438 for 3.

He said, “I thought we had Australia in a really good position, we had them at 121-3. We thought that we could bowl them for 250 or 280 but the partnership between Voges and Marsh was really good and it put us on the back foot and it’s really now up to the guys to come out and bowl well and see if we get some wickets.”

Looking ahead to the second day, Warrican said more discipline is needed from the West Indies bowlers.

“My mentality right now for the team is to go out tomorrow (Friday) and get as much wickets as possible, try to make sure Australia don’t score as much runs because I know tomorrow they will be looking to come at us but we just have to be disciplined,” he said.

Warrican ended the day with two wickets for 111 runs.

The seven West Indies’ bowlers conceded almost five runs per over on a tough day after Australia won the toss.