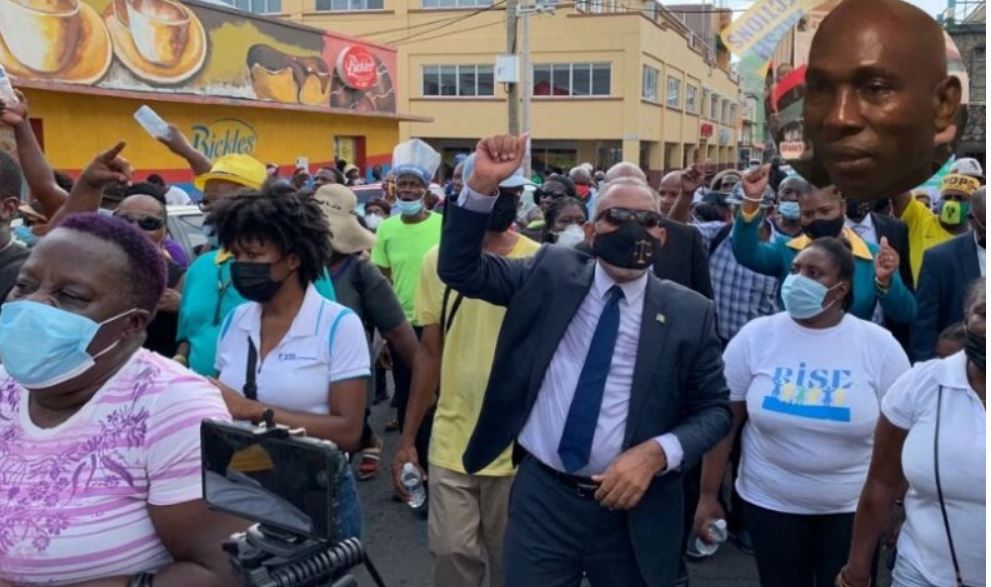 We Are Not At The Revolutionary Point Yet: Jomo Thomas

NDP needs to understand, we are not at the Revolutionary point: Thomas

Just eight months after general elections were held in St Vincent and the Grenadines, the main opposition party headed by Dr. Godwin Friday is calling for fresh elections.

However, social and political commentator Jomo Thomas says he finds it a little difficult to understand how seven, eight months after the election, the opposition is talking about change, because to the extent that it is talking about change, it seems as though they are going outside the constitutional mandate, which is offered, generally, every five years.

“If sufficient things are happening in the country, as was in 2000, the James Mitchell government then decided to cut short its five-year term. We had elections in March 2001, but that was a peculiar situation.

However, many people seem to think even modern-day leaders of the opposition seem to think that what we need to do is do what the ULP was able to do in 2000”.

“Now, that’s a misunderstanding of history because we may recall that in 1990, in the 1998 elections, the ULP won, like fifty-five or sixty-six percent of the popular vote, but they lost the elections eight to seven, and they were aggrieved. And both Dr Gonsalves and the former leader of the party, Vincent Beache, were upset by the election result because they thought that they had won that election, which they lost. They started talking about making the country ungovernable”.

Thomas said that even with 56 percent of the popular vote for those old enough to remember, the ULP was unable to make the country ungovernable.

The government passed what was called the Greedy bill; people may recall that at the time or just before that, the minister of finance told the workers I think it was not a red cent for them”.

Thomas stated that was the straw that broke the camel’s back teachers, doctors, Public workers came out in demonstrations, which resulted in the pressure building, which consequently called Mitchell and his NDP to negotiate the Grand Beach Accord, leading to early elections.

“I think that since then, the opposition have been trying to replicate it. It has not happened because the conditions are not the same.

I believe that ever since the 2000 event, what Kenneth John popularly called the Road Black Revolution, ever since then, the NDP seems to be smarting from that and making every attempt whenever they get an opportunity, to see if they can replicate that revolution”.

“But you don’t make a revolution devoid of what some people in the social literature call a revolutionary situation, whereas we might have had such a situation in 2000 because different streams, different sectors of society, doctors, nurses, public servants, public workers, private-sector workers, all of them came forward in a mighty stream”.

Thomas said that stream is what helped push that movement forward, which forced Mr Mitchell to say, you know what, maybe we ought to cut this short because the people are against us in the main.

“But I don’t think we are at that point yet, and I think the NDP leadership needs to learn that.”

Last Wednesday, in a Facebook video, Opposition leader Godwin Friday said fresh elections are what the NDP has as its primary objective regarding the current wave of protest action.