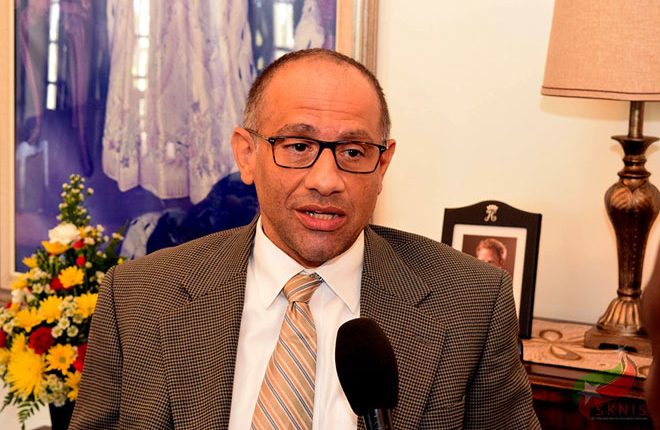 Well Balanced Integrity Commission to Carry Out Its Responsibilities Impartially, Assures Its Chairman

Newly appointed chairman of the Integrity Commission, Mr. Damian Kelsick, is of the firm view that the three-person commission, established under the Integrity in Public Life Act, No. 18 of 2013, is well balanced and highly capable of conducting its affairs in an impartial and responsible manner.

“I think the commission is set up as well as it can be set up to ensure as much impartiality as possible. With that in mind, it is my task and it will be my unending endeavour to ensure that the commission operates at the highest levels of integrity,” Mr. Kelsick stated, while noting that “a commission of this nature is critical in any good governance agenda or programme of any country.”

Mr. Kelsick, Mr. Franklin Maitland and Mrs. Carol Boddie were presented with their instruments of appointment from His Excellency the Governor General, Sir S.W. Tapley Seaton on Monday, August 27, during a ceremony at Government House to serve as members of the Integrity Commission.

Speaking with the press unit in the office of the Prime Minister, Chairman Kelsick said he was humbled to have been chosen by the Governor General to serve as chairman of the Integrity Commission.

Mr. Kelsick, an attorney-at-law for close to 30 years, will serve as Chairman of the Integrity Commission for a five-year period.

The two other members, Mr. Franklin Maitland and Mrs. Carol Boddie, will serve on the Integrity Commission for a three-year term.

Government Continues to Provide Opportunities for People to Reach the Top, Says…

One bill for first reading, several bills for second reading in national assembly on…