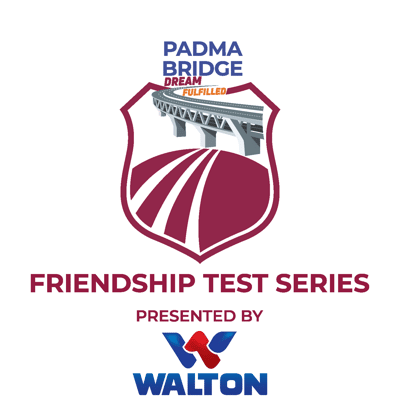 The teams are presently playing the first match at the Sir Vivian Richards Stadium in Antigua, which started on Thursday, June 16. This will be followed by the second match at the Daren Sammy Cricket Ground in Saint Lucia from June 24-28. The first ball is bowled daily at 10 am (9 am Jamaica).

The Padma Bridge is a major road and rail bridge infrastructure project in Bangladesh and will be inaugurated on June 25 during the second Padma Bridge Friendship Series Test match. The bridge will bring a significant increase in connectivity to the south-western region of Bangladesh and in turn stimulate significant economic and social growth. The Series presenting partner is Walton, a pioneer in developing state-of-the-art home appliances and televisions. Walton has a long association with cricket, including partnering with the 2018 Bangladesh Tour of the West Indies.

“We want to officially welcome the new sponsors to West Indies cricket for the Padma Bridge Friendship Test Series, presented by Walton. We are thankful for their tremendous support as we prepare for what will be our biggest summer of cricket for our fans in the Caribbean. ‘Carnival’ comes early in Antigua as we start our first match of the summer before travelling across the region for the next nine weeks with non-stop entertainment on the field across all three formats against three of the best teams in the World.  We believe this series will be hard-fought on the pitch, but also great friendships off the field as well,” said Johnny Grave, CEO of CWI.