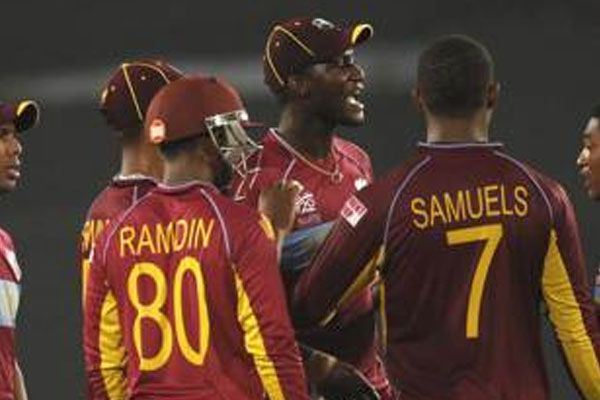 Sports Page — Hours before the start of their first ODI against India on Wednesday, the West Indian players have decided not to strike over what they perceived to be an unjust payment agreement signed by the West Indies Players Association and West Indies Cricket Board.

In an indication the issue was far from settled, however, West Indies ODI captain and player representative, Dwayne Bravo, sent a letter to the WIPA on Wednesday morning urging its president and chief executive Wavell Hinds, and other officials with conflict of interest, “to tender their resignation unconditionally with immediate effect.”

The possibility of the West Indies players going on strike had increased after they skipped training and a media briefing on the eve of the first ODI. Bravo wrote in his first letter that Hinds had not sought the players’ inputs before he signed a new collective bargaining agreement and memorandum of understanding with WICB on September 18. The new agreement, the players insisted, would significantly hurt their payments and they wanted to revert to the old structure.

“After much consideration, the West Indies players have decided to participate in the first one-day international against India starting tomorrow,” Bravo wrote in the letter. “This decision should not in any way be construed as an acceptance by the players of the unreasonable terms and conditions put forward to us by WICB, nor is it an acceptance of the purported new Memorandum of Understanding.

“The players will not accept any agreement it has had no input in, did not give its consent to and which would infringe on its rights. We reserve all of our rights and intend to seek independent advice so as to establish the players’ best course of action. For the record, we wish to reiterate our position put forward to the WICB earlier, that we continue under the old structure until a new agreement is reached between the players and WICB. Neither the WICB nor the players would be in a disadvantageous position since this would have been mutually agreed by the parties. This we believe is a sensible and reasonable approach for all concerned.”

In response to Bravo’s first letter than threatened a strike, the WICB had issued a statement saying it, “deeply regrets this apparent eventuality, especially in light of the tedious and substantial work which went into the good faith negotiations to arrive at the new, historic CBA/MOU.” Top WICB officials tried to influence the players to play overnight, which only “hardened” their stance, an official privy to the discussions said.

A major issue was the players saying they had lost confidence in Hinds, a former West Indies opener. According to the letter, Hinds had failed to respond to the players about the concerns raised. “You have not responded to any of our letters subsequently sent seeking clarification nor have you attempted to address any of our concerns raised in our correspondence,” the letter noted. “Unfortunately to date, we have not yet even had sight of this purported new MOU and we are being asked to make important decisions regarding our career without knowing what exactly we are agreeing to. This is not a fair or transparent process especially by those who have taken the position to act always in our best interest.”

Bravo made it clear the players were informing the WICB not to correspond with WIPA until an “interim measure” acceptable to all was put in place. “In light of the above, we the players have now lost all confidence in your ability to properly represent the players in any meaningful way and as such, we are calling on the Officers of WIPA and any of those who may have a conflict of interest to tender their resignation unconditionally with immediate effect. This would allow us the right to seek the necessary advice of professional advisors who we have confidence in and take the necessary course of action as we see fit.

“We shall inform the WICB, that they are to not take any instructions from any of the Officers until such time as we are able to consult with the members of WIPA to put in an interim measure that is acceptable to all.”