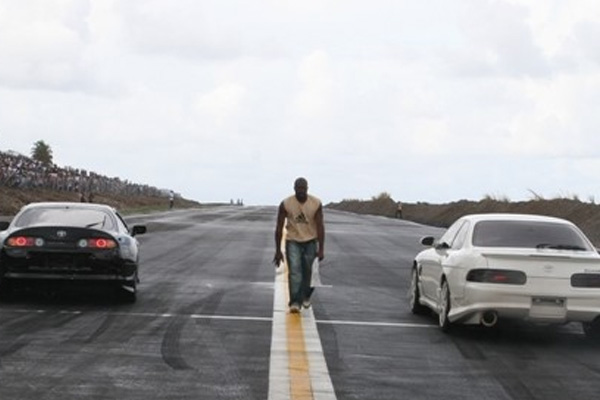 Which Car Is Nevis’ Fastest?

Sports Page — If you were to ask the question: ‘Which car is the fastest on the island of Nevis?’ You will get varying responses, depending on who is asked the question.

Two names will automatically be thrown in the mix however. They are BIG SEXY and KING OF CALLE.

In the last Drag race meet hosted by the Nevis Drag Racing Unit, the two cars faced off in the big event.

However, much to the disappointment of the race fans, KING OF CALLE ‘red lighted’ twice or false started, in the best of three event.

The officials had no option but to award the race to the BIG SEXY crew, much to the disappointment of Gavin Clarke and the KING OF CALLE entourage.

They actually demanded a face off for a third attempt at having the race but Kareem Walters and his BIG SEXY crew declined the offer.

‘Why race when we have won already?’ A logical question indeed.

So you know the race fans can hardly wait for the next race meet because all eyes will be on the two fast cars in the major event.

This is one event that is being highly anticipated.

Who will storm across the finish line in first place? Only time will tell.