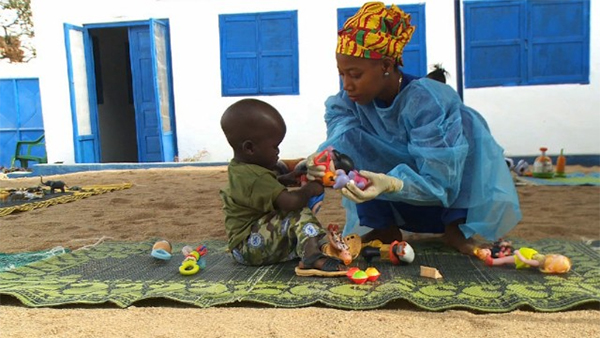 WHO: New Ebola cases drop to lowest level in 7 months

Guinea, Liberia and Sierra Leone had a combined total of 99 new cases for the week ending January 25, the WHO said.

The total breaks down to 65 in Sierra Leone, 30 in Guinea and four in Liberia.

The number of cases continued to fall in Liberia and Sierra Leone, WHO said, but Guinea’s figure rose from 20 confirmed cases in the previous week.

The western district of Forecariah — where the local community has shown high levels of resistance to measures to limit the disease’s spread — was the worst-affected in Guinea, with half the new cases for the week, the report said.

The response to the Ebola epidemic has now moved to a second phase, WHO said, “as the focus shifts from slowing transmission to ending the epidemic.

“To achieve this goal as quickly as possible, efforts have moved from rapidly building infrastructure to ensuring that capacity for case finding, case management, safe burials, and community engagement is used as effectively as possible.”

There have been more than 22,000 reported confirmed, probable, and suspected cases since the outbreak began, with almost 8,800 known deaths.

According to the latest WHO report, children are less susceptible than adults to contracting the virus, which spreads through direct contact with an infected person’s bodily fluids.

Even as the number of cases drops, scientists around the world continue to study the virus in a bid to understand how it works and help develop more effective vaccines against it.

Dr. Anavaj Sakuntabhai, human geneticist at the Pasteur Institute in Paris, is part of a team working to sequence the virus and monitor how it mutates.

“It’s very important for us to follow what happens with the virus sequence,” he told CNN.

While the virus is not that mutated yet, he said, “It’s important for us to monitor how it changes and see whether it is more contagious or more lethal.”

His team is using samples from blood collected from Guinea and processed by colleagues based in Dakar, Senegal, who’ve been working on the Ebola project since April last year.

Sakuntabhai’s team has sequenced about 20 samples so far and hopes to do another 100 in the coming weeks, ultimately sequencing several hundred.

Many people’s fears have focused on whether the virus could change to become airborne, but it doesn’t appear to be easy for it to mutate sufficiently to alter the mode of transmission, he said.

Sakuntabhai said it was normal for the virus to change and that it’s “not something to be frightened of at the moment.”