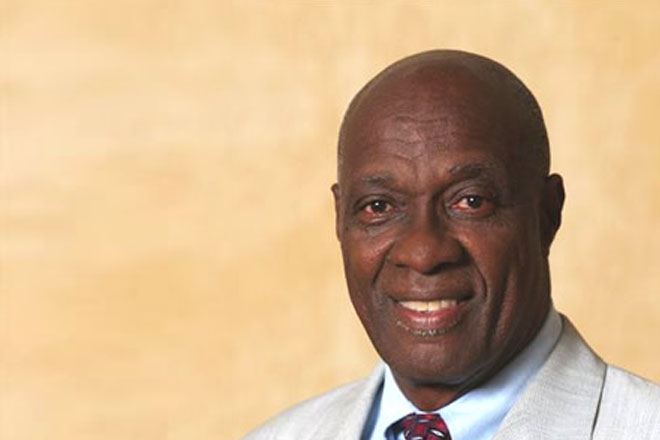 Kingston, Jamaica — The West Indies Cricket Board today congratulated Sir Wes Hall on being inducted into the International Cricket Council’s Hall of Fame.

Sir Wes, a former outstanding fast bowler, played in 48 Tests from 1958 to 1969 in which he took 192 wickets, including five wickets in an innings nine times and 10 wickets in a match on one occasion. In 170 first-class matches, Hall claimed 546 wickets at an average of 26.14. After retiring from the game he served in several positions including longstanding Manager of the West Indies team and President of the WICB.

In a statement on Thursday, Whycliffe ‘Dave’ Cameron, President of the WICB hailed Sir Wes as a true ambassador of West Indies cricket and one of the region’s finest.

“On behalf of the WICB and all supporters of West Indies cricket I want to offer congratulations to the great Sir Wes Hall on being inducted into the ICC Hall of Fame today. This is a superb honour bestowed on one of the greatest fast bowlers the world has ever seen and one of the finest gentlemen in the game of cricket and Caribbean life,” Cameron said.

“He played the game with mind, body, heart and soul. After his playing days were over he gave back even more to the game and was hands-on at all levels in West Indies cricket. We say a great ‘thank you’ to this great man for what he achieved on the field as well as what he did for West Indies cricket and West Indian people.”

Sir Wes was presented with his Hall of Fame cap by Courtney Walsh at Sabina Park during the lunch break on the first day of the second Test match between West Indies and Australia. Sir Wes is the 18th West Indian to be inducted into the ICC Hall of Fame.

Sir Wes was accompanied by his daughter Dr Kerry Hall. Also present at the ceremony were: Sir Everton Weekes, Sir Curtly Ambrose, Clive Lloyd and the members of the West Indies and Australia teams.