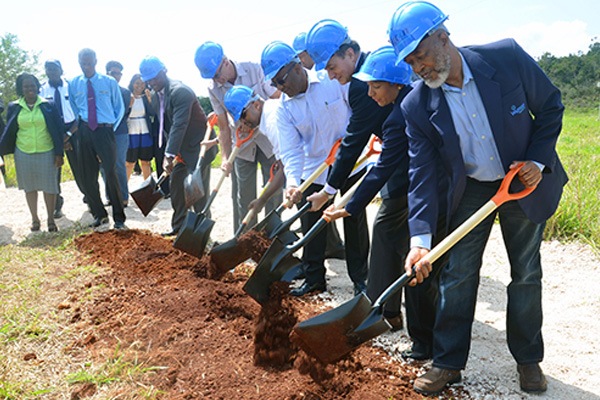 The work on Wigton III will be carried out by Spanish wind energy company Gamesa under a US$45 million contract.

Construction is scheduled to begin in April with commissioning projected for February 2016.

Planners say that when completed Wigton III will produce 63.072 MWh which will increase renewable energy input to the national grid by more than two per cent.

Speakers at Friday’s ceremony including Energy minister Phillip Paulwell said the new wind energy plant was another step towards the goal of achieving the government’s renewable energy target of 30 per cent by 2030.

The new facility is being projected to reduce Jamaica’s oil consumption by 37,000 barrels annually. The experts claim it should lessen the greenhouse gas pollution caused by fossil fuel use.

The Petrocaribe Development Fund is providing 80 per cent of financing for the project with the remaining 20 per cent coming from Wigton equity. The Petroleum Corporation of Jamaica (PCJ), is the parent company of Wigton.