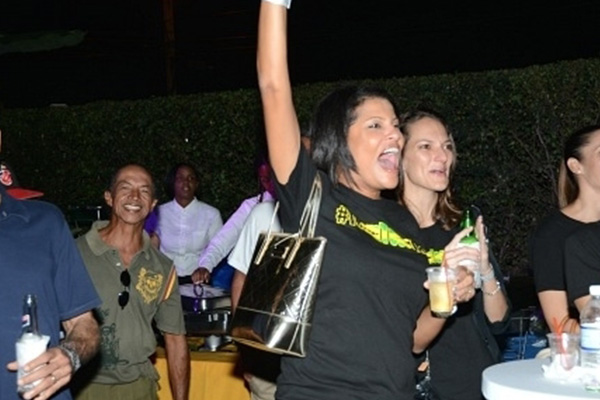 Kingston, Jamaica — There was pandemonium across the Corporate Area Tuesday night as Jamaicans celebrated widely following Tessanne Chin’s victory in The Voice.

Chin defeated her strongest rivals Jacquie Lee and Will Champlin to capture the top position in the popular NBC talent competition.

Minutes after the announcement close to 11o’clock the sounds of clanging pot covers could be heard in the community of Maverley, St Andrew, as residents took to the street.

In Water House, Duhaney Park and surrounding communities, sentiments, and the noise, were the same.

“Jamaicans are the greatest in everything that they do, they can’t stop us,” shouted one man.

Half-Way-Tree square was crammed with revelling supporters as the Tessanne celebration erupted near Mandela Park in the St Andrew capital.