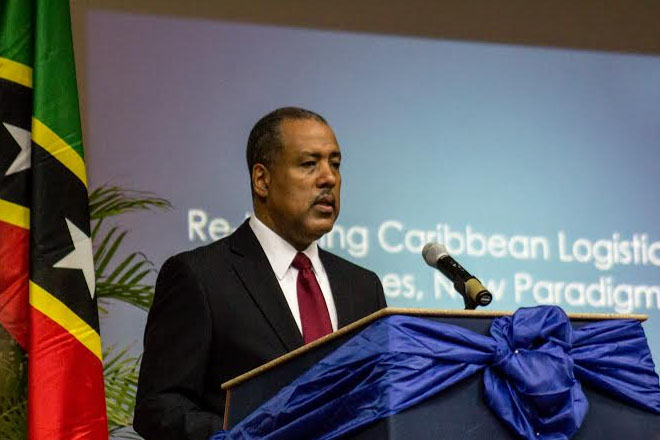 (ZIZ News) — The current state and future of Caribbean logistics were put in the spotlight on Tuesday evening at the Caribbean Development Bank’s 16th Annual William G. Demas Memorial Lecture.

He highlighted some of the recent changes in the region’s logistics industry.

He said, “The big ships are coming and they will have an impact on all ports. With big ships, there are big alliances. Concentration of cargo is occurring among the carriers. The global terminal operators bring international port management capabilities and connectivity to world class practices,” adding that “The Panama Canal expansion is going to see larger vessels at our ports in the region and the demand for logistics facilities is likely to increase and the Caribbean is expected to show increase in cargo traffic.”

President of the Caribbean Development Bank, Dr. William Warren Smith made an opening statement in which he noted that the Caribbean region has the capacity to become a major logistics hub.

“With world trade growing, with emerging markets like China and Brazil becoming major centers of production and more recently with the expansion taking place at the Panama Canal, many people are asking whether opportunities exist for the Caribbean to also become major logistics centers. If implemented effectively, such logistics hubs could become the game changer for Caribbean economies and the key to sustained growth and development across our region,” he explained.

The event was attended by Prime Minister, Hon. Dr. Timothy Harris; Premier of Nevis, Hon. Vance Amory; and other members of the Federal Cabinet, regional government ministers, members of the Board of Governors of the CDB; and Governor of the Eastern Caribbean Central Bank, Sir K. Dwight Venner.