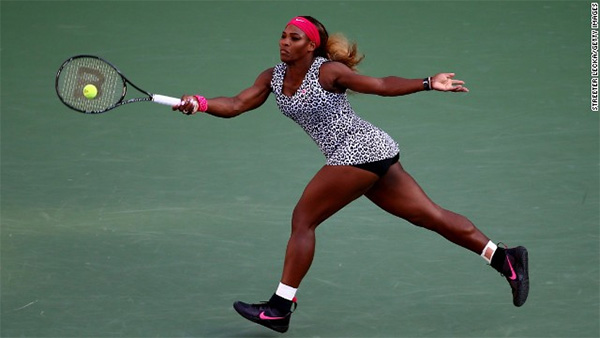 (CNN) — Serena Williams is without peer in the modern women’s game and now she is on a par with two American tennis legends from the past.

The world No. 1 clinched her third straight U.S. Open title at Flushing Meadows on Sunday and in doing so sealed an 18th career grand slam singles title, equaling the feats of both Chris Evert and Martina Navratilova, who became a naturalized American citizen in 1975 after defecting from Czechoslovakia.

It may have been a case of when and not if Williams would reach the totals amassed by her feted compatriots in the 1970s and 1980s, but the 32-year-old is still finding the achievement hard to comprehend.

It feels great because you hear these names growing up … you don’t think about yourself like that,” Williams added.

Fifteen years on, Williams now has six U.S. Open singles titles to her name — a feat only matched by Evert in the Open era — to go with five titles at both the Australian Open and Wimbledon and two at the French Open.