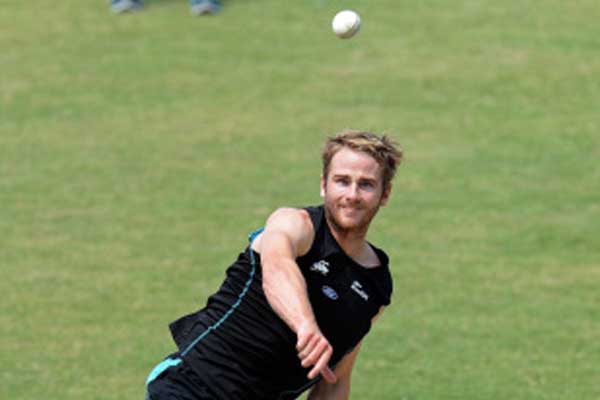 Williamson banned from bowling due to illegal action

(Sports Page)— Kane Williamson, the part-time New Zealand offspinner, has been suspended from bowling in international cricket after his action was found to be illegal.

Williamson was reported for a suspect action following the second Test against West Indies in Trinidad in June and was sent for biomechanical testing at Cardiff Metropolitan University. That testing has shown that Williamson’s elbow extension when bowling exceeds the 15 degrees allowable under the ICC rules.

As a result of that finding, Williamson has been banned from bowling in all international cricket matches, a suspension that can only be lifted if and when he reworks his action and has it found legal by similar independent testing. Williamson has declared his intention to focus on remedial work to improve his action and hopes to be able to bowl again in future.

“I note the findings of Dr Craig Ranson and his team at Cardiff Met and will concentrate on changing whatever’s necessary to return to the bowling crease,” Williamson said. “Clearly, the onus is on me to satisfy assessors as to the legality of my action, and I’m aware I have some hard work in front of me to achieve that goal.

“It’s never nice, going through this sort of process but it will be worth it if I can manage to bowl again at international level.”