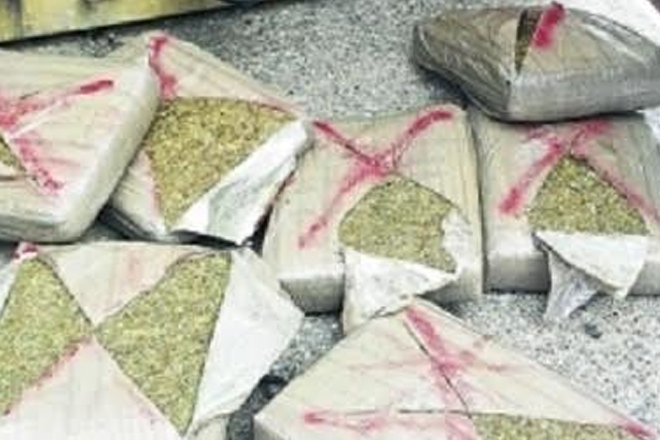 (Jamaica Observer) A Clarendon woman who attempted to smuggle just over three pounds of ganja to Curacao was yesterday sentenced to 12 months in prison for the crime.

Kayon Foster, a mother of two, was also slapped with several fines totalling $89,050 — which, if not paid, will see her spending an additional six months behind bars.

Foster was arrested and charged recently at the Norman Manley International Airport, Kingston, where she was scheduled to book a flight to the Dutch-speaking Caribbean island. The ganja, which weighed three pounds and three ounces, was found strapped around her waist.

“Anything to say before sentencing,” SRM Pusey asked Foster yesterday after she pleaded guilty to the charges.

“I have a daughter and a son and I am the mother and father for them,” Foster responded.

“It’s funny that you remember them now,” SRM Pusey retorted.

“I am not heartless when I don’t take what you’re saying, but my argument is that you should have thought about them when you were strapping up,” Pusey added.

The senior resident magistrate then told Foster that she could not use her children as both victims and reason for her lawlessness.

Foster also pleaded guilty to conspiracy to export ganja but was admonished and discharged. If the fines are not paid, the sentences will run concurrently but consecutive to the mandatory 12-month sentence.