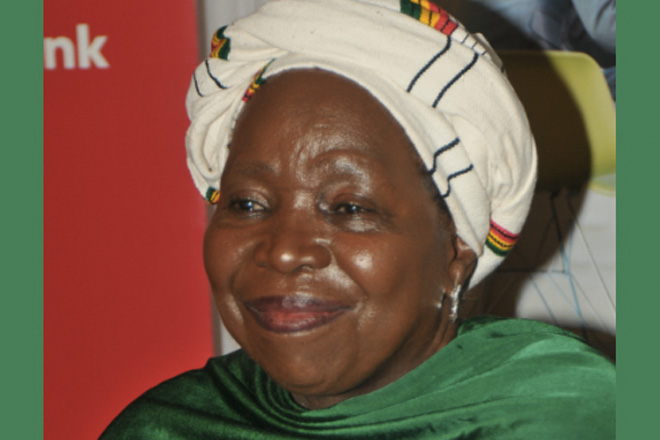 Women leaders urged to mentor others

Kingston, Jamaica — Minister with Responsibility for Information, Senator Sandrea Falconer, is urging the country’s women leaders to encourage other women to play a more active role in national development.

“We have to encourage women to participate a little more. They are going to need more support. It is more difficult for women to get financial support in politics and we have to make sure that we give them the kind of support that they need,” the Minister emphasised.

Senator Falconer was speaking at the inaugural Phenomenal Women Breakfast, held today (April 10), at the Terra Nova All Suite Hotel in Kingston. The event was hosted by the International Women’s Forum (IWF), Jamaica.

The Minister informed that Jamaica is the leading country with females in management positions.

“The International Labour Organization (ILO) 2015 Report, titled ‘Women in Business and Management Gaining Momentum’, lists Jamaica as number 1 in terms of having the highest percentage of female managers in the world. We have almost 60 per cent…We have a female Prime Minister and strong political representation by women in the Senate,” she noted.

Citing the World Bank’s Gender at Work Report, Senator Falconer further informed that Jamaica is one of five countries where there is statistical evidence of gender equality in the workplace.

“The World Bank reports that only 5 of the 114 countries for which data is available have women who have reached or surpassed gender parity (in the workplace) with men. These occupations include legislature, senior officials and managers. And, Jamaica is one of those five countries,” she noted.

The other countries with strong gender equality in the workplace are Columbia, Fiji, Lesotho and the Philippines.

Senator Falconer praised the hard work and drive of women in the Jamaican society who have risen to these leadership positions.

“I am very proud of our achievements in Jamaica and we are passionately committed to advancing the welfare of our women…We have to do so in recognition of the fact that there is a strong business and economic case to be made for empowering women,” she argued.

Chairperson of the African Union Commission (AUC), Dr Nkosazana Dlamini Zuma, also spoke at the breakfast. Dr Zuma, who is the first female to chair that position, shared her leadership experiences with the gathering.

She argued that when you empower women, you empower the whole family, the community and the nation.

Vice President of the International Women’s Forum (IWF), Jamaica, Camille Facey, said the objective of the breakfast was to promote female leadership through mentorship and learning from the sharing of experiences.

The event was held under the theme – Leadership: Ensuring Transformation and Sustainable Development – and sponsored by Scotiabank Jamaica and the Terra Nova All Suite Hotel.