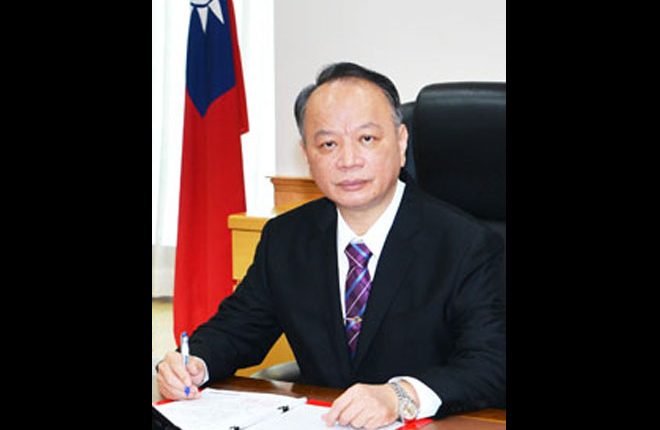 Working together for a safer world: Support Taiwan’s participation as an Observer in INTERPOL

With transnational crime on the rise, it is imperative that law enforcement agencies worldwide establish mutual links and efficient cooperation. To achieve INTERPOL’s key aims, such as ensuring and promoting the widest possible mutual assistance between all criminal police authorities, Taiwan must be included. Indeed, Taiwan seeks to work with law enforcement agencies around the world to jointly combat crime, fill gaps in the global security network, and create a safer world through joint cooperation.

Taiwan has earned widespread acclaim for its public security. The international community should not exclude Taiwan in the fight against transnational crime.
The Republic of China (Taiwan) is the world’s 22nd-largest economy and 17th-largest exporter, occupying a strategic location connecting Northeast and Southeast Asia. It was named the best place in the world for expats to live in a 2016 online report by Forbes, and was ranked 34th among 163 countries surveyed for the 2018 Global Peace Index by the Australia-based Institute for Economics and Peace. In order to preserve its public security in a world increasingly challenged by cybercrime and terrorism, Taiwan must cooperate with worldwide law enforcement agencies.

Taiwan’s exclusion from INTERPOL creates a gap in intelligence sharing and a loophole for criminal activity.
Due to political factors, Taiwan has been excluded from INTERPOL for 34 years. It lacks timely access to key intelligence shared via the I-24/7 global police communications system and the affiliated database concerning stolen and lost travel documents (SLTD). This has seriously hampered Taiwan’s ability to implement security checks at its borders and fight against terrorism, human trafficking, and other transnational crimes. Its long-term exclusion from INTERPOL has led to delays and disparity in the exchange of critical information, and prevented it from participating in related meetings, activities and training courses, creating a major gap in the global security and counterterrorism network.

Politics should not override global security needs.
Taiwan applied to attend the 85th INTERPOL General Assembly as an Observer in 2016 and to host an INTERPOL major event support team (IMEST) in 2017 for security at the Summer Universiade in Taipei. INTERPOL rejected both applications, citing the 1984 resolution it adopted when China attained membership and suggesting that Taiwan contact the National Central Bureau in China. No resolutions or arrangements by INTERPOL should override the aim of strengthening police cooperation and the prohibition of political interference so clearly expressed in its Constitution.

Through participation in INTERPOL, Taiwan seeks to share experiences in fighting transnational crime.
Taiwan has spared no effort to combat cross-border crime over the years and has solved many criminal cases in collaboration with law enforcement agencies of other countries. Earlier this year, Taiwanese and Thai police conducted a widespread crackdown on economic crime, recovering 120 million baht (US$3.69 million) in illicit funds. Also this year, Taiwanese and Philippine police worked together to capture a Philippine City Councilor wanted for drug trafficking who had fled to Taiwan. And following a cyberattack on a local bank in October 2017, Taiwan relied on intelligence provided by the National Central Bureaus of Interpol Member States to intercept stolen funds worth over US$60 million. These achievements have received international acclamation and recognition. In line with common values and ideals, Taiwan wishes to further contribute to global initiatives that help create a safer world. Indeed, a seamless global security network can be ensured only if Taiwan participates in INTERPOL.

Taiwan is a good neighbor and will help make the world safer.
Fighting crime is the common mission and responsibility of police forces worldwide. Nations cannot singlehandedly address the three priorities under the INTERPOL Strategic Framework 2017-2020, namely counterterrorism, cybercrime, as well as organized and emerging crime. As a member of the international police community, Taiwan’s police force should not be left on the sidelines. It has the obligation, responsibility, willingness and ability to stand on the frontlines with its worldwide counterparts in the fight against cross-border crime.

Global security and social justice should transcend regional, ethnic and political differences. We urge you to support Taiwan’s participation in the INTERPOL General Assembly this year as an Observer, as well as in INTERPOL meetings, mechanisms and training activities. By speaking up for Taiwan at international events, you can make a real contribution to promoting Taiwan’s pragmatic and meaningful participation in INTERPOL.