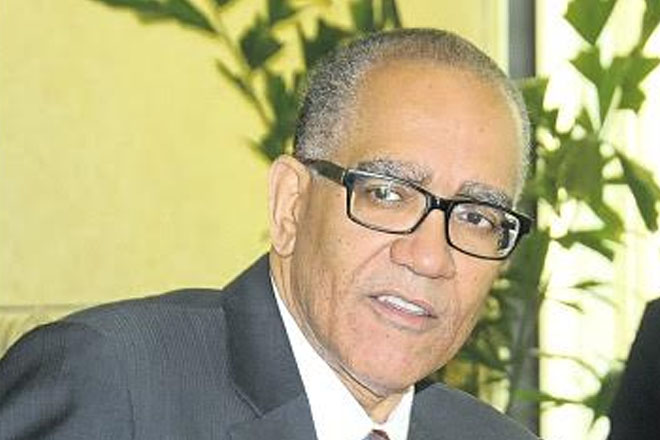 (Jamaica Observer) Governor of the Bank of Jamaica (BOJ) Brian Wynter is calling on bondholders who will receive $62 billion in repayments in February 2016 to use their cash in ways which will benefit the capital markets and the economy.

The Government will payout $62 billion of maturing NDX bonds to bondholders during the upcoming period.

Wynter, while speaking at the quarterly central bank press briefing on Wednesday, November 18, said as well that — between the BOJ and the Ministry of Finance — preparation was being made to defend the local currency during the influx of liquidity.

The BOJ head stated, “Rest assured that Bank of Jamaica has been carefully preparing for this event for some time. As additional insurance, Bank of Jamaica has built up a very considerable surplus in the NIR (some US$1.0 billion in excess of agreed targets with the International Monetary Fund).”

He said that the Bank of Jamaica was coordinating with the Ministry of Finance to ensure that orderly conditions are maintained in debt markets and money markets, in addition to the foreign exchange market during the period.

“We are therefore confident that we will continue to reap the benefits of stability in the months and quarter ahead,” Wynter said.

In relation to the central bank’s hope regarding use of funds, the governor said that he wished the pay-out would be invested in worthwhile projects and even contribute to lower lending rates.

The pay-out, he stated, ” will provide the banking system with additional liquidity to prompt further expansion in loans to the productive sector at what we anticipate will be even more affordable rates”.

Wynter added, “We would certainly prefer to see most of the upcoming liquidity injection flow into productive activity and into the stock market. Indeed, we expect more and more stakeholders in both the private sector and the public sector to take advantage of the opportunity to issue debt and equity to finance projects or acquisitions.”

He added that the outflow was expected to also fuel greater consumption “as some consumers seek to realise their dreams with a new car or a new home even as some may go into building up foreign exchange positions as they fall prey to alarmism or anxiety about devaluation of the Jamaican dollar”.

He said, however, that the BOJ and the Ministry of Finance were prepared to deal with such instincts.