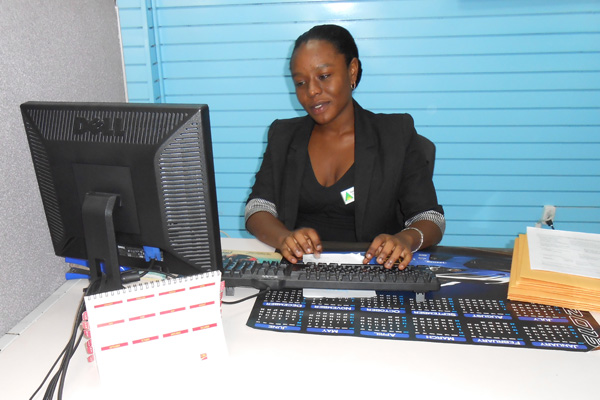 Basseterre St. Kitts — This is a story about a young lady who saw an incredible opportunity even when it seemed impossible. Not only did she see that opportunity in Partners of the America’s A Ganar program but she seized it and gave it her best shot. Hopefully it would be an inspiration to many.

The future prospects did not seem bright for young Chimarie Morillo, then a 4th form student at the Basseterre High School (BHS) in 2010. The end of her secondary education was imminent and there was no hope that she would make it to 5th form. But alas, she became enrolled in the Community Achievers Project (CAP)/A Ganar program and new seeds of hope for a brighter future were sown. She viewed the program as an opportunity to learn a skill so that when she left school, she would be able to compete in the world of work.

Chimarie spoke candidly of the way in which Sydney Berkely and Victoria Baucom challenged her to be brave and expressive as she participated in the CAP/A Ganar program. Her involvement helped her to stand out and become a more independent person. “If it were not for A Ganar I would not have gotten out of my shell. I would not have gotten this job”.

Teamwork was the core skill of preference for Chimarie. She reminisced that prior to the group’s involvement in A Ganar, many of them did not like each other. However the many team building exercises helped them to become more appreciative and tolerant of each other. Today, some two years since their graduation ceremony from the program, they are still a close knit group.

She also treasures the service learning experiences she had at Windsor University where she witnessed firsthand how much effort one has to put in so that they can reap success. Her technical training was in the area of Agriculture. She proudly boasts now of her capability to make peanut butter and jams based on her experiences at the Riches of the Earth Farm in Half Way Tree.

“A Ganar helped me to focus and put me on the right path to achieve my goals”. Chimarie was promoted to fifth form at BHS where she was successful at five CSEC examinations. As an ambitious youth who knew her worth, Chimarie went on to write and pass three more CSEC examinations after leaving BHS. She did not allow her accomplishments to signal the end of academic career and so she enrolled at the Clarence Fitzroy Bryant College (CFBC) where she pursued studies in Business.

Chimarie hopes that the youth of the Federation will embrace the opportunity to learn a skill. “ It does not have to be the end of your education. I am grateful today for the A Ganar program. A big thank you to A Ganar, the coordinating institution, Partners of the Americas and the funding agency -the United States Agency for International Development (USAID) and Sydney and Victoria Berkeley I am now gainfully employed at Kantours.”