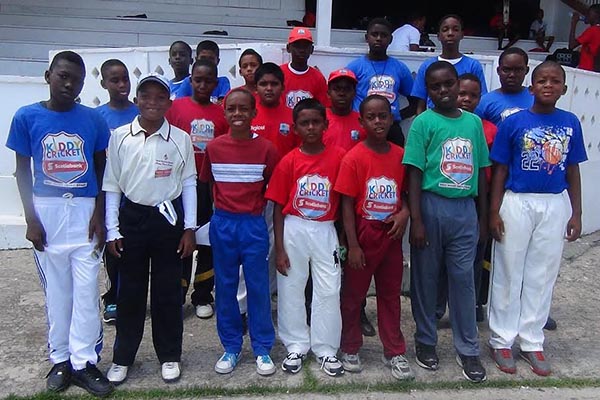 The Youth and Sports Department hosted an exciting fun day at the ET Willet Park on Wednesday 20th August.

Carl Tuckett of the Sports Department explained that it was a culminating exercise for the children who participated in the various disciplines coordinated by the Department as part of the 2014 summer program.

Present were children who engaged in the Netball, Cricket, Football, Tennis Golf and Basketball programs.

They engaged in competitive activities which Tuckett pointed out was in an effort for them to showcase the skills that they had acquired during the different camps.

The cricketers engaged in a 15 overs match while the Basketballers and Netballers got involved in a shoot out contest, utilizing a Basketball pole set up temporarily at the Park, on the day.

The Footballers also patiently awaited their turn to play a Football match, immediately after the cricket match was over.

The children appeared enthused and excited about the event.

Tuckett indicated that for next year, the climaxing event will be even bigger and better as plans are afoot to have the Department officials actually participate with the children to add to the excitement.