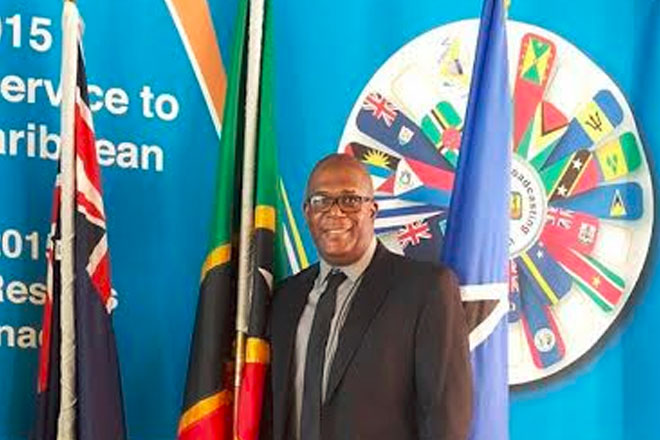 General Manager Clement O’Garro is in Grenada, attending the five-day event which began on Monday morning and was broadcast live on ZIZ Television channel five and via the World Wide Web at www.ZIZonline.com.

The opening ceremony featured remarks by Grenada’s Prime Minister, Rt. Hon. Dr. Keith Mitchell who challenged the media organisations present to realise the significance of their work on the communities in which they live and the world by extension.

He said, “New advances in technology has focused us all to take a new look at the way we do business and the way we communicate and that goes for all and sundry. Government has to change, union has to change, businesses have to change, clearly, the media must.”

“The CBU therefore has to be seen as that vanguard organisation leading a trail that gears others to follow in the revolution I’m talking about,” he continued.

CBU President, Shida Bolai also spoke at the opening ceremony which was held at the Grenadian by Rex Resorts.

Meantime, O’Garro said he is very excited to be representing ZBC and St. Kitts and Nevis at the event as it can open many doors of opportunity for the company.

“ZIZ Broadcasting Corporation has been a member of the CBU for quite a number of years. Of course our membership lapsed for a while but since I’ve been at ZIZ, I made it a point to encourage the Board of Directors to get back as part of the Caribbean Broadcasting Union simply because of the benefits that it has for us,” he noted.

Looking ahead at the programme, O’Garro said the workshop’s topics were well chosen as they will begin debates on timely matters.

“One of the topics that they’re going to be discussing is programming rights and responsibilities. Now this is very important because we see NBC, CBS and all of these channels, they’re airing their commercials in our market without any legal right to do so, so we have to protect ourselves, and so, ideas that come forth, debates such as this, the workshop, are very important to us,” he explained.

More than 70 registered delegates are participating in the assembly.