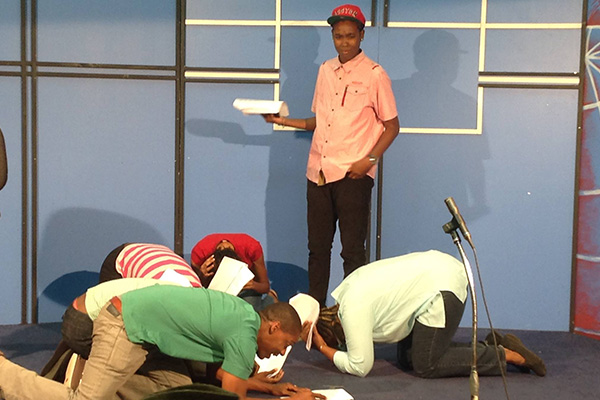 ZIZ News – ZIZ’s sitcom The Pembertons is progressing quickly after auditions were held on Saturday.

The cast has been chosen and will be announced shortly as filming is expected to begin in a few weeks.

He said “ZIZ hopes to create a product that can be of a really high quality that we can market regionally and internationally. We have done a lot so far, the progress is very impressive in my opinion.”

Scriptwriter and Director of the Permbertons Dodd Caines says he is pleased with the talent of the actors chosen.

He said “these people are outstanding. We had enthusiasm galore, emotion, belief and a want to do this thing properly.

The sitcom which is based on a middle class Kittitian Family is expected to air in April on ZIZ Television and ZIZOnline.com.