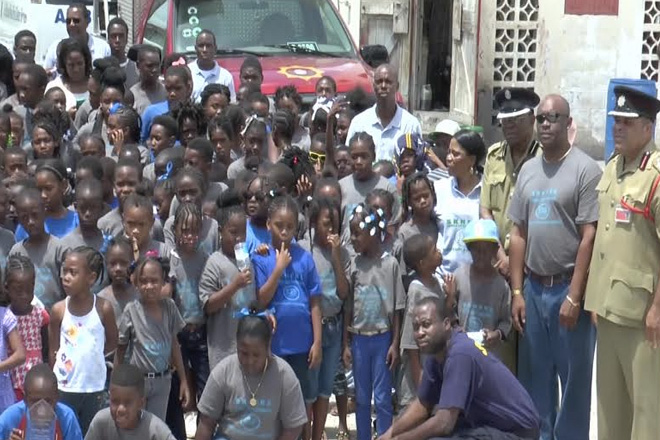 Fire, water, traffic and disaster safety were among the issues addressed at this year’s Summer Safety Programme, which wrapped on Friday.

Hundreds of children gathered at the Basseterre Fire Station for the closing of the summer programme.

A session was also held in Nevis.

This year’s annual Summer Safety Programme was held under the theme “Children’s Safety is Our Responsibility.”