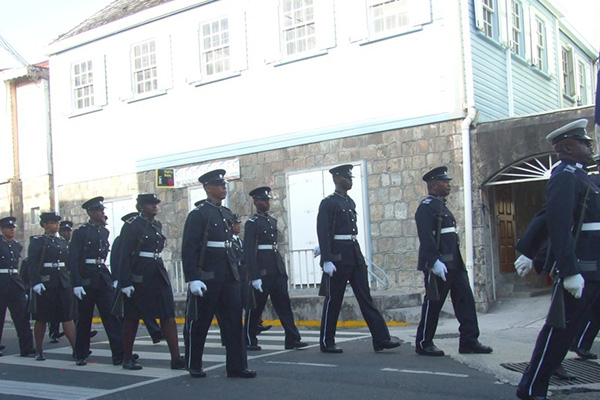 Basseterre, St. Kitts (SKNIS): The year 2013 has been recorded as another successful year for law enforcement as statistics outline a continued fall in the crime rate in St. Kitts and Nevis.

Figures released by the Royal St. Christopher and Nevis Police Force indicate there was a 15.3 percent decrease in crime overall for the period January to December 2013 when compared to the same time period in 2012.

This year wounding, which includes firearms incidents, fell 2.9 percent. Malicious damage and arson were down 23.4 percent, while firearms and drugs were also down 6 percent. The number of murders recorded was 21; this is three more than the figure for the previous year. All other major crimes showed decreases.

In August 2013, the police launched their website www.sknpolice.com and began posting their monthly stats on their Facebook page. Police operations were stepped up in rural areas which resulted in almost 20 firearms being removed from the streets. There was also an increase in the number of community meetings in an effort to learn from residents how the Force can best serve them.

Last December, the police, through the media and their website, issued tips to help keep the public safe during the Christmas and Carnival season and statistics showed that recorded crimes for that month were down 40.8 percent when compared to December 2012.

The 40 percent decrease in the monthly total is commendable considering it follows an additional 38 percent drop in crime in 2012 compared to figures in December 2011.

Commissioner of Police Celvin G. Walwyn thanked the men and women in law enforcement for the continued sacrifices they make to keep the Federation a safe place for residents and visitors. He also applauded the public for their cooperation and stressed the Force’s desire to forge an even closer relationship with the people they serve.