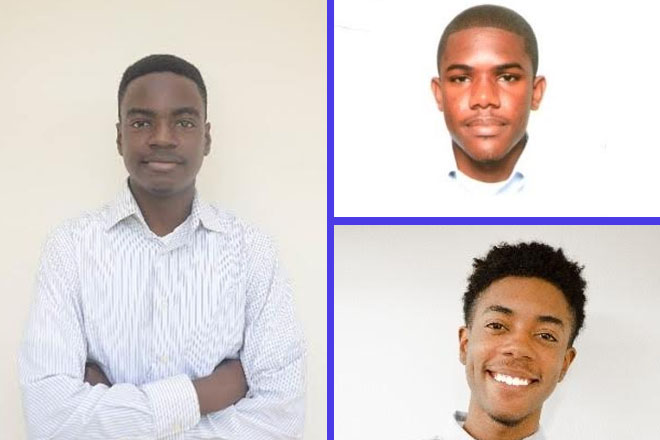 2015 State Scholar and Runners Up Announced

On Monday afternoon, the Ministry of Education revealed that National Examinations Registrar Solomon Claxton had confirmed that Bryden, who obtained 11 Grade 1 passes in the Caribbean Advanced Proficiency Examinations [CAPE], was this year’s top achiever.

According to a release, “in accordance with the established criteria for determining a tiebreak, CXC computed the general module performance for them and it was determined that Martin had 16 – A’s, 4 – B’s and a C and Bassue had 15 – A’s, 4 – B’s and C.”

Both Bryden and Bassue represented the Clarence Fitzroy Bryant College.