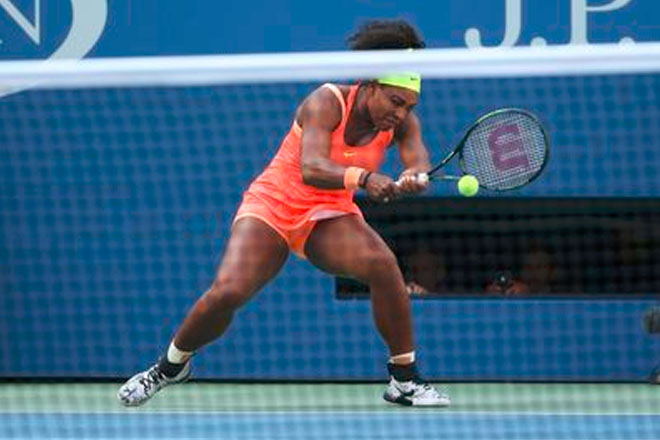 Sports Page — Women’s top seed Serena Williams advanced to the quarterfinals with a dominant win over Madison Keys, 6-3, 6-3. Keys was competitive at times, showcasing a strong serve that rivals Williams’ own, but Williams slowly figured her out and as the match went on and now she’s one step closer to her 22nd Grand Slam title.

Williams has a familiar opponent in the quarterfinals: her sister, Venus. Venus advanced after downing Anett Kontaveit in straight sets on Sunday, 6-2, 6-1. The two have met multiple times before, with Serena typically dominating the matchup.

No. 9 seed Marin Cilic made it past No. 27 seed Jeremy Chardy on Sunday, winning in four sets, 6-3, 2-6, 7-6(2), 6-1. Cilic has struggled at times in this tournament, but he’s playing a lot better than he was coming into the US Open. Cilic, who won the US Open last year, beating Kei Nishikori in the finals, struggled for much of this season. But he looked in control of Sunday’s match against Chardy and now moves into the quarterfinals.

Jo-Wilfried Tsonga, the No. 19 seed for the men, downed his countryman Benoit Paire, 6-4, 6-3, 6-4. Paire was coming off a win over seeded opponent Tommy Robredo in the third round. Now, Tsonga and Cilic will face each other in the quarterfinals on Tuesday.

Italy’s Roberta Vinci advanced to the quarterfinals when her opponent, Eugenie Bouchard, pulled out of the match with a concussion. Unfortunately for Bouchard, the No. 25 seed for the tournament, she slipped and fell in the locker room and had to withdraw due to the injury.