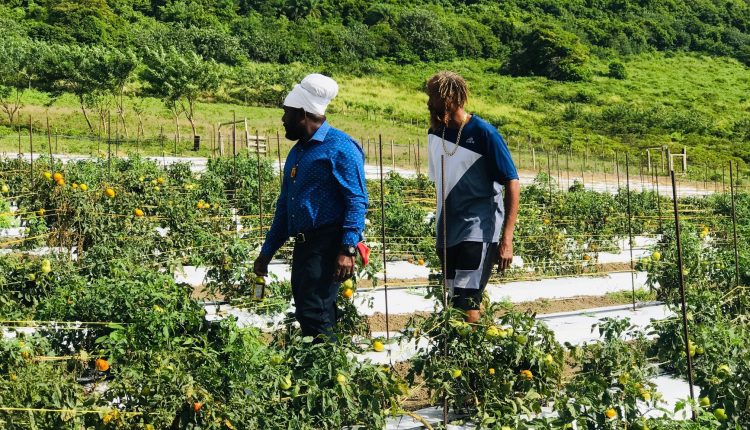 ZIZ met with newly awarded Crop Farmer of the Year who says farming should be a priority to our people during this time.

That is the message from Crop Farmer of the year, Leon Anthony, affectionately known as “Yellow” of Stapleton, St. Peters.  He was at the time speaking with ZIZ before giving the production crew an inside look of what it takes to be named Crop Farmer of the Year.

In an exclusive interview at his Green Thumb Farm on Monday, Yellow said farming is his passion and should be taken seriously across the federation. He also spoke of how hard he has been working to maintain a productive and successful farming business over the years.

“Over the years, over the past 5 years, I have been very competitive so as getting Farmer of the year, I know it is through hard work because of output and you have to just keep on working because that is the way we have to go. We as farmers have to make food security our number one priority but we still have to take it on a higher level which is business so that we can be more consistent and more productive. We as farmers need good house, send your children to college and make sure everything is alright so we got to keep on working hard, smart”, he said.

He also explained how the government’s stimulus helped to boost production on his farm.

He said he believes that farming should be made more attractive to the nation’s youth like any other profession.

“We as farmers have to set here as role models so we can make agriculture more attractive to the younger ones them because right now we are seeing they are not so interested and in the long run our country [is going to have] a shortage of farmers so it will be lack of proper nutrition so we have to keep them going onboard”, Anthony noted.

He also used the opportunity to address how important it is for our people to focus on the agricultural sector especially during challenging times caused by global pandemics.

Yellow said he believes agriculture should be our main priority because no country can function without food.

He encouraged everyone to find ways to start farming even if that means producing from the backyard and then promoted the eating and buying of local foods.