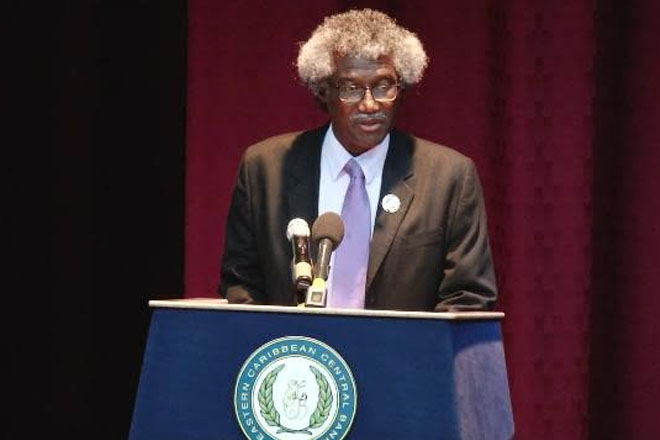 During his remarks, Sir Dwight said discussions on the economy are important to development.

He said, “As we struggle through these very challenging times in the aftermath of the recent global crisis and the continued uncertainty surrounding the international economy, we must at all times reflect deeply and with clarity on the economic and financial problems which confront us.”

“It would be impossible to overcome them if we do not recognise the reality of our circumstances and the need to be practical about what is possible and what is not. This requires a particular mindset of objectivity and the information and analytical tools to make decisions which can address both the immediate problem at hand as well as the underlying structural issues,” Sir. Dwight continued.

De la Torre spoke specifically to the development of small islands, stating that size plays a major role in a country’s growth.

Following the lecture, he presented the Memorial Book Award to Urban Dolor, who is the Principal at the Sir Arthur Lewis Community College in St. Lucia.

Meantime, Permanent Secretary in the Ministry of Education here, Ionie Liburd-Willett presented the Corporate Citizen Awards to banks that have made outstanding contributions to the overall development and well-being of the people they serve.